Included are Conception Plus: Maidens of the Twelve Stars, Robotics;Notes Elite and Crystar bringing some great anime to the West.

Conception Plus: Maidens of the Twelve Stars

Announced at GDC 2019, Crystar is an action RPG about one girl’s journey into Purgatory to save her little sister. Producer/Director Fuyuki Hayashi and Character Designer Riuichi hosted a Crystar portion of the panel where they shared a character trailer, newly created for the English release.

Crystar is scheduled to launch on August 27 for PS4. Pre-order now to secure a mini-artbook, featuring art by character designers Riuichi and ntny. 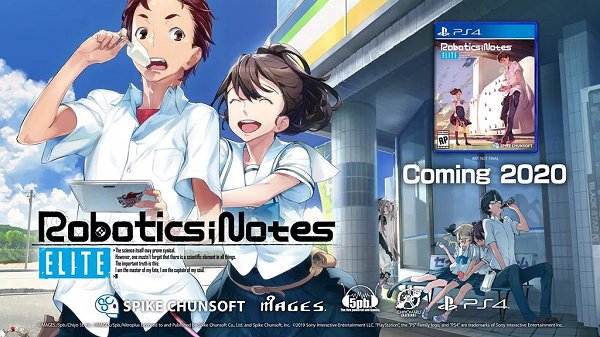 Member
Contributor
Verified
I think my favorite anime series will have to be Dragon Ball. I am currently watching DB Super and loving it. Only got about 15 left until the end.
You must log in or register to reply here.
Share:
Facebook Twitter Reddit Email Link
Recent Articles
PS4 System Software / Firmware 7.51 is Now Live, Don't Update!
Proceeding their 7.50 PS4 OFW today Sony pushed live yet another PS4 System Software / Firmware 7.51 stability update... making the PlayStation 4 the most stable video game console to date...
PlayStation Store Double Discounts PSN Promotion Begins Today
Starting today through June 10th, PlayStation Plus members can save more during Sony's latest PlayStation Store Double Discounts promotional PSN sale on PS4 titles including Assassin's Creed...
Friday The 13th: The Game PS4 5.05 RTM Trainer by GrimDoe
Happy Late Memorial Day ! The maniac behind the mask is back, to seek his revengeance onto all those that gets in his way, on his massacre killing spree.