Category Random Stuff       Thread starter PSXHAX       Start date May 24, 2017 at 2:22 AM       8,091       16
While most are busy this time of year with final projects and exams to wrap up the school semester there have been some PS4 gamesharing updates that can be found roughly translated HERE for those interested.

Of course life is about more than playing video games, and recently PlayStation 3 Rebug CFW developer @Abkarino passed along some interesting news on Twitter that the online cryptocurrency and digital payment system known as Bitcoin has reached a record $2,251 (currently $2,299 USD - Bitcoin Calculator) for 1 Bitcoin and is continuing to rise!

A few members mentioned in the PSXHAX Shoutbox they use the open source P2P money and are mining Bitcoins, which is described in the FAQ by the following to quote:

This process involves that individuals are rewarded by the network for their services. Bitcoin miners are processing transactions and securing the network using specialized hardware and are collecting new Bitcoins in exchange.

According to TheHackersNews if someone invested $100 USD in Bitcoin on May 22, 2010 it would currently be worth $73 million dollars as of May 22, 2017... talk about a sizeable return on an investment, eh?! Of course the Bitcoin market could also bottom out at any time leaving one's Coinbase Bitcoin address which is essentially a wallet where you can securely store digital currency empty.

One theory on why Bitcoin is surging so high lately from CEO of DoubleLine Capital Jeff Gundlach via CNBC suggests there may be a connection between Bitcoin prices and the decline in Chinese stocks as their search for safe investments outside the country when asset prices fall sends buyers into Bitcoin.

It will be interesting to see a year from now where Bitcoin rates reside, and what the future holds as technology enthusiasts continue to evolve and embrace new ideas from privacy-oriented domain registration services such as Njalla by backup Bay founder Peter Sunde to a decentralized Internet with .bit domains running uncensorable websites using ZeroNet with Bitcoin cryptography and BitTorrent network to distribute content directly to visitors without any central server.

Until then we welcome those who are experienced with Bitcoins and mining to share your knowledge and tips with others in the comments below... everything from useful Bitcoin blogs / forums / sites to mining hardware recommendations would be much appreciated! 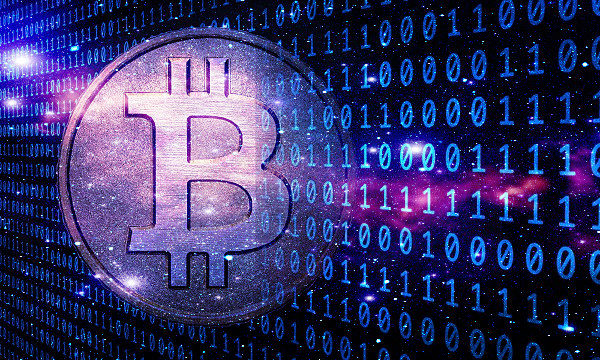 Senior Member
Contributor
Free Bitcoin Faucet, really? It's one of those sites where you have to complete offers to unlock your content. Trolled.

Staff Member
Moderator
Verified
That's what I was wondering... I don't have a Bitcoin address to try it and see what it does though

PSXHAX said:
That's what I was wondering... I don't have a Bitcoin address to try it and see what it does though
Click to expand...

I literally just did that and posted that it's a troll site with "offers". Don't bother. I'm not signing up for a free burger or my $100 iTunes gift card, just to be able to redeem $20 worth of BTC.

Edit: Hahaha, I misread your post as you were about to try it. No worries. Worth a shot at free monies, right?

Staff Member
Moderator
Verified
Do the offers cost any real money or are they just "enter an email" or "complete a survey" for the bitcoins?

PSXHAX said:
Do the offers cost any real money or are they just "enter an email" or "complete a survey" for the bitcoins?
Click to expand...

I never actually did them to find out. But usually they end up requiring you to sign up for free trials, give a CC. Some have upfront costs.

Staff Member
Moderator
Verified
Gotcha.. if anyone gives it a try let us know if you get any free bitcoins from it.

I saw the link on Twitter from Abkarino of Rebug so maybe he shared it because it works... or he just felt like trolling followers

orkalass said:
Free Bitcoin Faucet, really? It's one of those sites where you have to complete offers to unlock your content. Trolled.
Click to expand...

PSXHAX said:
That's what I was wondering... I don't have a Bitcoin address to try it and see what it does though
Click to expand...

Staff Member
Moderator
Verified
The question is... are there any free offers to get bitcoins from, or do you have to pay for all the offers making the 'free bitcoins' ending up costing money after all.

PSXHAX said:
The question is... are there any free offers to get bitcoins from, or do you have to pay for all the offers making the 'free bitcoins' ending up costing money after all.
Click to expand...

Even the "free" offer asked for my credit card. After actually doing the offer, the site didn't count it so I just gave up. The other offers were the same thing: do an offer, then select a silver offer, 2 gold offer, and 3 platinum offers, or something like that.
You must log in or register to reply here.
Share:
Facebook Twitter Reddit Email Link
Recent Articles
PS5 PKGs Surface: Include Share Factory Studio for Scene Devs to Examine!
Following the recent PS5 UI / UX Unveiling and PS5 XML List updates we now have reports of the first PS5 PKGs surfacing, including a Share Factory Studio PS5 Package for PlayStation 5 Scene...
PS5 Unboxing Videos and PlayStation 5 Games Live on Sony's Servers!
As predicted a few days ago, many are bypassing the October 30th release date for PS5 accessories and mainstream media is already receiving PlayStation 5 consoles for press unboxing revealing the...
PlateStation5.com: Custom PS5 Replacement Faceplates for PlayStation 5
Ever since the PS5 was officially unveiled by Sony, many longtime PlayStation fans criticized that the white exterior shell should be black like the PS5 Prototype Images that surfaced... as a...
Sony Unveils PS5 Launch Day Media Entertainment Streaming Apps
While nothing compares to Plex Media Server for streaming ALL my favorite Films / Movies & TV Shows free forever instead of paying monthly subscription fees to watch the same content available via...