Whether you lived it back in 2009 or you’re coming in fresh, this is an experience hailed by critics as one of the most memorable and incredible single-player story campaigns ever developed.

This bundle includes the UDT Ghost Operator skin, turning Modern Warfare’s version of Ghost into the one seen in the mission “The Only Easy Day... Was Yesterday” from the Modern Warfare 2 campaign.

Additionally, unlock the “Task Force” and “One For One” weapon blueprints, a weapon charm, a finishing move, a calling card, an emblem, an iconic voice clip for Ghost, and two Battle Pass tier skips.

From basic training in S.S.D.D. to the thrilling climax of Endgame, the fate of the world is in your hands as you accompany Task Force 141 alongside fan favorites Captain John Price, Gary “Roach” Sanderson, and Simon “Ghost” Riley.

Be prepared to fight the enemy on all fronts to stop an ultranationalist threat from taking over the world. You may even recognize a few locales in the remaster that were brought into Call of Duty: Warzone. 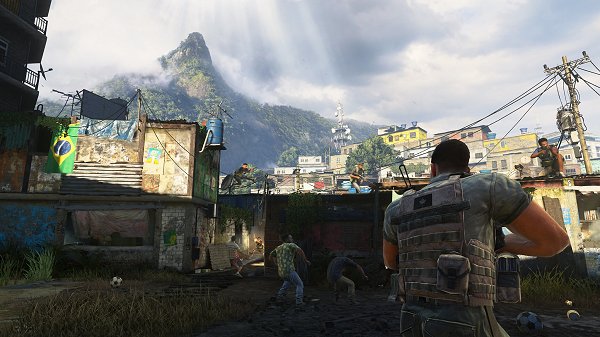 Senior Member
Contributor
Verified
Relive the epic campaign that only about 20% of those who purchased the game actually played.

lol I remember being at work years ago and I'm in the break room with a bunch of coworkers who are talking about Call of Duty. It was this one or the first Black Ops. Anyway, I mention a detail in the campaign and everyone looks at me funny for a second before someone says "Oh. I never play the campaign".

I laughed and then literally everyone else claimed the same thing. None of the 10-15 people in the room played the campaign at all. They would all buy it and only touch multiplayer. I learned that this was a common thing that day. It still seems crazy to me.