PlayStation players will witness and experience what made Task Force 141 become the legendary squad that it is as the action picks up following the harrowing and breathtaking action from the 2019 game.

Developer Infinity Ward has left no stone unturned to create a new heart-pounding experience for players.

Task Force 141’s next global Campaign. Immersive, world-class Multiplayer. An evolved Special Ops experience. All carefully crafted with gameplay and technical innovations that will introduce PlayStation fans to the new era of Call of Duty.

Task Force 141 faces its greatest threat yet — a newly aligned menace with deep, yet unknown, connections.

In a direct sequel to Modern Warfare (2019), familiar heroes return and new allies are formed as the globe-trotting operation spans Europe, Asia, and the Americas..

This Campaign is set to be an incredible experience on numerous levels: offshore sieges with underwater combat, all-out explosive assaults from 30,000 feet above enemy strongholds, and high-stakes, low-profile stealth missions.

After the Campaign, PlayStation players can join up with their duo for an evolved Special Ops experience, the tactical co-op mode that advances your team-building skills and sets the table for the near endless hours of gameplay you can experience in Multiplayer.

Those who drop into Call of Duty: Modern Warfare II Multiplayer at launch will be the first to try out and level up multiple base weapons, explore a wide range of maps and modes, meet an international cast of Operators, and more.

With new ways to play and numerous gameplay innovations, including a revamped Gunsmith that offers more customization than ever before, Modern Warfare II will hit the ground running on day one.

PlayStation players who jump in right at the start will also be well-prepared for an incredible post-release calendar, set to include a massive amount of free post-launch content drops featuring new maps, modes, and blockbuster special events that players won’t want to miss.

Modern Warfare II will be the most advanced Call of Duty in history, with a truly immersive experience with stunningly realistic sound, lighting, and graphics. Navigate more lifelike environments via the game’s enhanced rendering and photogrammetry technology. It will be a treat to experience this game on PlayStation 5 with incredible visual fidelity, 3D Audio and DualSense support that heightens the experience overall and will make you feel you’re right in the middle of the action.

The game also features a new advanced AI system. Enemies and friendlies alike across Campaign and Special Ops act tactically using combat and cover maneuvering techniques that would be second nature to a Tier 1 Operator.

Warzone in the next generation for Call of Duty

Development on an all-new, dynamic Warzone experience is also being led by Infinity Ward along with Raven Software. The new, free-to-play battle royale Warzone also features the same technology powering Modern Warfare II, so both titles leverage the Call of Duty engine that first debuted with Modern Warfare (2019), providing the most seamless and advanced Call of Duty experiences ever.

The new: Warzone is scheduled for release later this year on PS5 and PS4.

All pre-order versions grant access to the full game at launch and to Open Beta Early Access, first on PlayStation. Now onto the pre-order editions:

Vault Edition
The Vault Edition is the highest tier of Modern Warfare and is available for $99.99 (MSRP) or your regional equivalent.

These digital and physical versions are available for $69.99 (MSRP) or your regional equivalent.

Every digital and physical edition pre-order of Modern Warfare II includes early access to the game’s Open Beta, first on PlayStation. Beta-specific dates and details will be revealed in the coming weeks. Stay frosty. 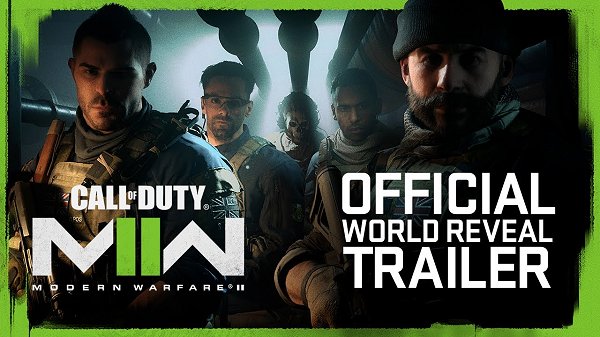 Member
Contributor
Verified
is this game a remaster of the ps3 game i played when i was younger?

Yes and No, just another CoD Ca$h grab featuring recycled on-rails Hollywood style block-buster clichè wrapped up with new graphics,
save your money and stay away from this franchise.

Staff Member
Moderator
Developer
Senior Member
Verified
Good to see cod is also back on steam, after vanishing for years to only battlenet

Member
Contributor
Verified
True that the gaming industry is hurting... similar to Hollywood (lack of creativity). But some of these we've been asking for ie Goldeneye. Let's just hope they actually put effort into it.