According to their press release, Infinity Ward is shifting to a Season structure for Call of Duty: Modern Warfare and removed the Season Pass model for this year's game.

Below is the full Modern Warfare Season 1 PS4 scoop courtesy of CharlieIntel.com, to quote:

Here's the high level overview of what's coming throughout the course of Season 1:
Season 1 of Modern Warfare also brings the brand new Battle Pass system with both a free and premium track for players to earn cosmetic content in the game.

This is the new system which replaces Loot Boxes. The Premium Battle Pass will be purchasable through Call of Duty Points in-game. The free Pass is available for everyone to earn new content. 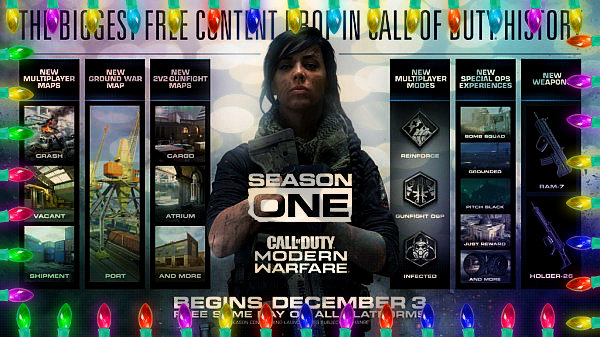