Call of Duty: WWII is Officially Released for PlayStation 4

The wait is finally over! Call of Duty: WWII is now available worldwide, and this game marks the return to where the franchise first began in World War II.

Call of Duty: WWII takes players to the front lines of the greatest military conflict ever known, through a personal story of heroism and the unbreakable bonds of brotherhood, in the fight to save the world from tyranny.

Along with the campaign, Call of Duty: WWII also delivers a boots-on-the-ground multiplayer experience with new community features and a brand-new war mode, and of course the terrifying cooperative mode: nazi zombies.

Call of Duty: WWII comes packed with an incredible amount of content, and delivers a variety of new ways for all players to connect, compete, and engage together across unique modes of play. The Call of Duty: WWII story campaign immerses players into an intense journey filled with gripping action and epic battles.

Players follow the story of Ronald “Red” Daniels, a member of the US 1st Infantry Division, who joins British forces and the French Resistance as his squad battles across the beaches of Normandy, to the liberation of Paris, and ultimately into the heart of Germany.

Call of Duty: WWII features a fast-paced, grounded and action-packed multiplayer mode set in some of the most iconic locations of World War II’s European theater, and includes an arsenal of iconic weapons and equipment to suit different play styles and innovative ways to experience the mode, including:
Nazi zombies is an all-new, cooperative zombies mode that thrusts players into a dark and terrifying storyline set within a mythical and mystical World War II universe. Players must battle the undead and embark on a chilling journey through a snowy Bavarian village in Germany that holds a twisted secret to an unimaginable supernatural power. You will need to work together as a squad to survive, and this trip into the macabre will haunt your nightmares for months.

The base game includes the stellar campaign, the multiplayer, as well as nazi zombies, and players who opt for the season pass will also gain access to the fan-favorite Carentan map, as well as the first DLC pack for Call of Duty: WWII — The Resistance, which will be available first on PlayStation 4.

Code:
Finally, below are some COD: WW2 sddresses, structs and codes via John: 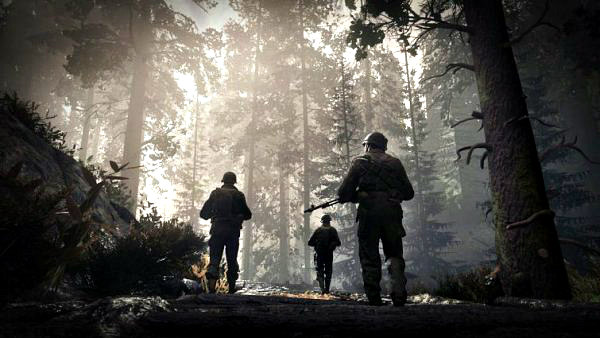 Senior Member
Contributor
It has been cracked in pc version quickly

Senior Member
Contributor
its looking like I'm gonna have to upgrade my pc video card more and more everyday.. already getting the pc version