We have a new Concrete Genie trailer to share, which provides some new glimpses of our protagonist Ash on his personal journey to paint his hometown of Denska back to life, as well as the challenges he'll face along the way.

Later on in the game there is an exciting gameplay twist, which we hinted at in our last trailer, and we show some more of that here. Ash’s magic brush has a few new surprises that are revealed through the course of the story, one of which is ‘Paint Skating’. We hope you like it!

As for our next bit of news – pre-orders begin today!

All editions of Concrete Genie include two beautiful and immersive PlayStation VR modes that we unveiled back in April in addition to the core PS4 game. VR modes require PlayStation VR and two PlayStation Move Motion Controllers sold separately.

Additionally, we’re thrilled to confirm that a Photo Mode will be available at launch. We have added a special feature to it – a timelapse style ‘Replay’ that allows you to show how you put your artistic compositions together. We can’t wait to see the images and clips of the artwork you’ll create once you get your hands on this feature.

As an incentive for people who pre-order, we’re offering an Avatar set as well as a special Dynamic Theme featuring a rooftop scene from Denska, with special music composed by Sam Marshall. We’re really happy with how the theme turned out and hope all those that pre-order enjoy having its atmospheric vibes on their PS4s.

As mentioned, we have a great Digital Deluxe Edition available for people who want to immerse themselves even further in the hand-crafted world we’ve made for Concrete Genie.

You get a Digital Artbook featuring a ton of stunning development images created by Art Director Jeff Sangalli and our amazing art team, a complete soundtrack from the game composed by Sam Marshall, a Pond Design Pack to expand your design toolset, and an additional Dynamic Theme featuring the Lighthouse location from the game. 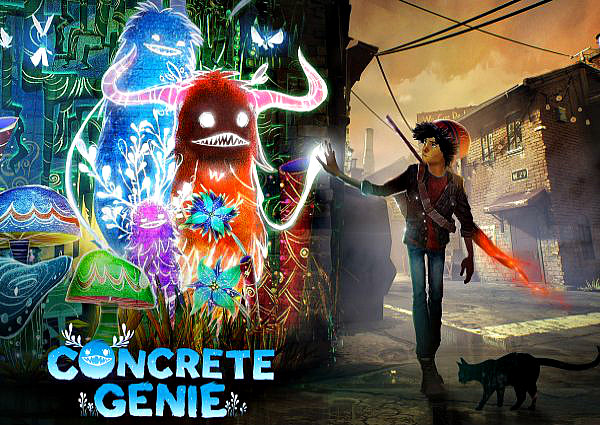 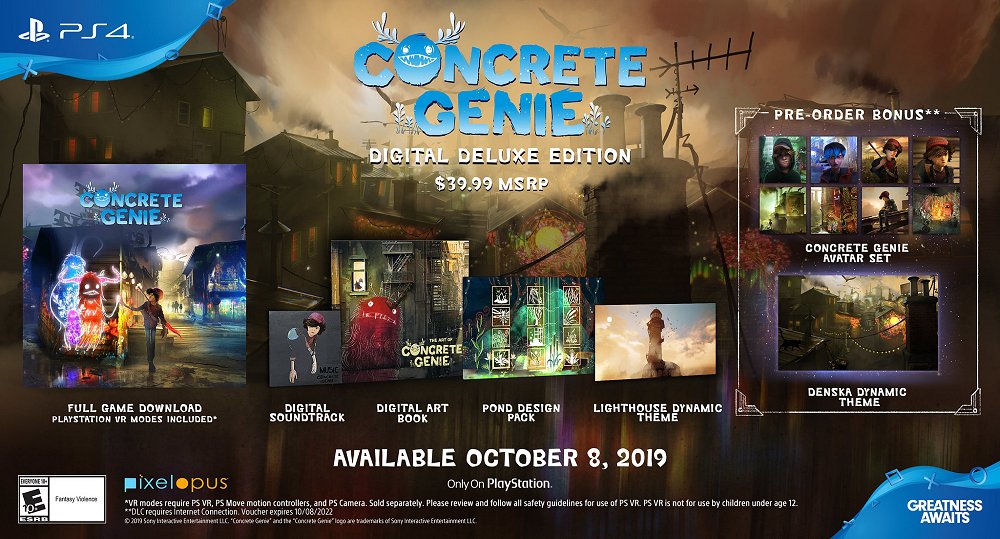 You must log in or register to reply here.
Share:
Facebook Twitter Reddit Email Link
Recent Articles
PS4 Kernel Exploit (KEX) for 7.02 Firmware, Wait for Jailbreak Before Updating!
As promised last month, PlayStation 4 scene developer theflow0 just dropped the PS4 Kernel Exploit (KEX) for Firmware 7.02 and below which was patched by Sony in 7.50 PS4 OFW (Current OFW is 7.51)...
Ubisoft Forward: Assassin's Creed Valhalla & Watch Dogs: Legion PS4
In lieu of a traditional E3 2020 presentation as physical gaming shows are postponed due to the COVID-19 pandemic, Ubisoft will be hosting its first digital conference called Ubisoft Forward with...
Dark Chronicle (Dark Cloud 2) PS2 on PS4 Companion App by Halvardssm
Recently developer halvardssm made available a companion app script for the Dark Chronicle (also known as Dark Cloud 2 in North America) PS2 on PS4 action role-playing game (RPG) by Level-5 via...
PS5 Hacking-Themed Platformer Recompile Gameplay Trailer Video
Earlier this week we saw a first look at the PS5 hacking-themed indie platformer Recompile by Phigames, and below is a Recompile PlayStation 5 gameplay trailer video for sceners who can't wait to...