Check them all out below, with additional details as follows from the video descriptions:

The sci-fi survival horror classic Dead Space returns, completely rebuilt from the ground up by Motive Studios to offer a deeper and more immersive experience.

Harnessing the power of the Frostbite game engine and next generation consoles, this remake brings jaw-dropping visual fidelity and improvements to gameplay while staying true to the original. Dead Space will be available on PlayStation 5, Xbox Series X|S, and PC.

Isaac Clarke is an everyman engineer on a mission to repair a vast, sprawling starship, the USG Ishimura, only to discover something has gone horribly wrong. The ship's crew has been slaughtered and infected by some alien scourge... and Isaac’s beloved partner, Nicole, is lost somewhere on board.

Now Isaac is alone with only his tools and engineering skills as he attempts to uncover the nightmarish mystery of what happened aboard the Ishimura. Trapped with hostile creatures called “necromorphs”, Isaac faces a battle for survival, not only against the escalating terrors of the ship, but his own crumbling sanity.

EA Play Live is about making games the unwavering focus, with new gameplay reveals, a few giveaways and other surprises. Lifelong gamer and WWE superstar Austin Creed will host the event and keep things moving right along.

EA Play Live starts with a short pre-show that serves as a recap of sorts, before the main show brings the real excitement, focusing on games that are coming out soon rather than in the all-to-distant future. The show is fast-paced and features what’s next for games like Battlefield 2042 and Apex Legends.

You’ll also see the first gameplay for Lost in Random featuring explosive dice battles. We have a couple other games to highlight as well, but for those, you’ll just have to watch and see.

Below are the various segment timestamps from TheGaming Show: 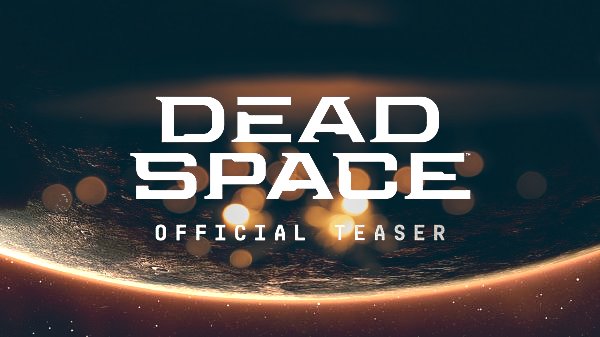 Member
Contributor
Verified
I hope this new dead space open a possibility to finally get a proper ending, the cliffhanger on dead space 3 was awful.

Member
Contributor
I miss that Dead Space to put his legs on enemy and insulting so funny.... but in Storyline Put niddle on his Eyes for Whaaaaaaaat...

Member
Contributor
EA realized that the moment they decided that single player games era is no longer good for business, they lost a lot more than they have imagined, also they lost the respect of most of there fans.