The Destiny 2: Beyond Light year 4 expansion for PlayStation 4 can be pre-ordered in either the Standard Edition, Standard Edition + Season, Deluxe Edition or Collector's Edition from their official site, and pre-ordering perks include instant access to a special Exotic Ghost Shell, Legendary Emblem and Digital Deluxe owners will also receive instant access to the new Exotic Freeze Tag emote.

Here are further details from their page, to quote: GO BEYOND THE LIGHT

A new power is born out of the ancient Pyramid ship above Europa's frozen frontier and a dark empire has risen beneath. In Destiny 2: Beyond Light, you will bring down the empire at any cost – even if it means wielding the Darkness itself.

The splintered houses of the Fallen have rallied beneath the banner of Eramis, the Kell of Darkness, and built their new Empire on the icy moon of Jupiter. Brave the unrelenting glacial frontier, infiltrate the Golden Age Braytech facility, and uncover the secrets that lie deep under the ancient ice.

Learn the mysteries of Stasis, a new elemental power rooted in Darkness. With new subclasses to master and powerful new supers, Guardians will use this unprecedented power to dominate the battlefield.

The enemies of the Light encroach with skittering feet and guttural growls. With a new Pinnacle Power cap, Guardians will overcome the challenges of the new frontier – including a brand new raid in the Deep Stone Crypt.

Don't forget to tune in later today for Sony's PS5: The Future of Gaming Event also for a glimpse at the next-generation of PlayStation 5 gaming! 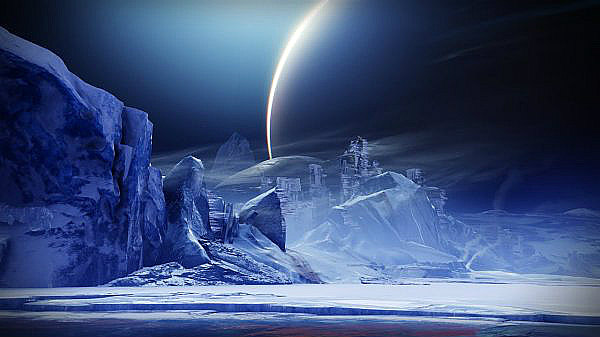 Member
Contributor
Verified
This is going to be awesome