Check out the latest Destiny 2 trailer video below, and to quote: We got in touch with David Allen, executive producer on Destiny 2, who graciously answered a few of our last-minute questions. Enjoy!

After analyzing beta data and player feedback, what changes are you evaluating for Destiny 2?

We were able to learn a ton from our beta, and we are making a lot of changes based on what we observed and learned. We’ve addressed a number of bugs – including fixing things like an infinite super glitch, an infinite grenade glitch, a Warlock glide glitch – and we’ve made tweaks including decreasing Super recharge time, increasing grenade damage in PvE, and increasing power ammo drops in PvE.

The amount of time that our players put into any release very quickly eclipses how much test time we can put into it, so we always find a lot of surprises in these types of tests!

What enhancements can we expect in terms of added layers to Strikes, Crucible, and Raids — such as Challenges, modifiers, rewards, etc. — to keep players coming back for more?

We have a few different layers to keep our cyclical activities feeling fresh in Destiny 2. In Strikes, Crucible, and when you’re patrolling a destination, you’ll have Challenges available. Challenges are meta-goals that you can try to complete on top of the objectives in the activity itself, and they’re tied to some of your weekly rewards. We’ll also have new modifiers in our Nightfall strikes as another layer to change up that experience week-to-week.

We aren’t talking about any specifics around the Raid before launch, but rest assured there will be plenty to keep players coming back for more there as well.

Can you elaborate on the difference between Quickplay Crucible matches and Competitive game types? How many different modes will be in each?

Quickplay and Competitive Crucible matches are meant to give players different options depending on their mood. We use different matching criteria for each. In Competitive, we favor a closer skill balance between the teams, and in Quickplay we focus on finding you a match as quickly as possible.

The gametypes are also different in the two playlists. In Quickplay we feature Control, Supremacy, and Clash, and in Competitive you’ll find Countdown and Survival.

Destiny’s armor and weapon customization evolved significantly over the years. How is Destiny 2 approaching gear customization on day one?

You’ll have a ton of ways to customize your character to show off your own personal gameplay style and fashion, from finding gear, weapons, and Exotics you want to use, to picking a subclass and specialization path for your Guardian.

Also, you can now apply shaders per piece of gear, so you can choose to go head-to-toe in matching shaders or mix-and-match as you see fit. You can also now apply skins to customize the look of your weapons or slot mods on your armor to further customize the way that you play.

On the topic of gear – are we still looking at a green > blue > purple > yellow hierarchy? Have you tweaked drop rates in Destiny 2?

Guardians will be seeking out amazing new weapons, armor, Exotics, shaders, emblems, and more in Destiny 2. We haven’t made any changes to the hierarchy of gear rarity, but we have done some tuning to make sure the game is always generous. We also want to make sure there’s always a clear, understandable path for players to get valuable rewards each week.

Can you share one piece of Exotic gear we haven’t seen yet that you think will be a favorite among Guardians in Destiny 2?

We’ve already shown off three of our awesome new Exotic weapons in the Destiny 2 beta – Risk Runner, an SMG that becomes more powerful when you take Arc damage; Sweet Business, an auto rifle that increases its rate of fire the longer you hold the trigger; and Sunshot, a hand cannon that makes enemies explode when you kill them.

There are a bunch of other great new Exotic weapons and armor, but we want to keep those as surprises for players to discover starting September 6.

We’ve seen some of the locations we’ll visit in Destiny 2 — are there any other planets we’ll be visiting during the campaign?

In Destiny 2, you’ll visit four new destinations – the European Dead Zone on Earth, which is an area long abandoned by humanity; Titan, a moon of Saturn that features huge methane oceans; Nessus, a planetoid that has been almost entirely transformed by the Vex; and Io, a moon of Jupiter that is the first place the Traveler touched down in our solar system. All of these are robust destinations that include story missions, adventures, lost sectors, public events, and patrols.

Dominus Ghaul is the leader of the Red Legion, who are the most elite of the elite in the Cabal military. The Red Legion came to Earth with one purpose in mind – capture the power of the Traveler. Ghaul, though, wants more. He wants to be chosen by the Traveler, to be validated by a higher power. He believes the Traveler made a mistake when it granted its power to the Guardians, and he wants that validation and that power for himself and the Red Legion. 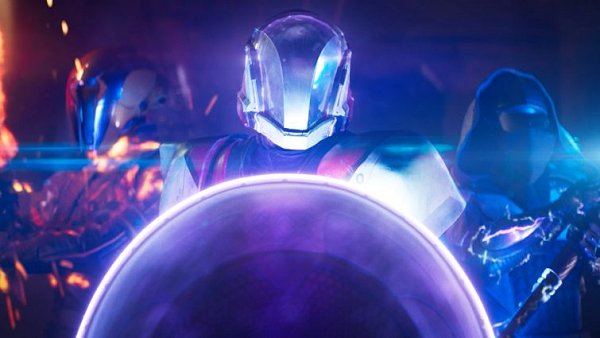 Staff Member
Moderator
Verified
Here are a few more videos for those interested!