You can find them all below complete with a brief description of each, as follows:

Become Eivor, a fierce Viking raider torn between their duty to their brother Sigurd and a personal quest for glory. Driven from Norway by endless wars and dwindling resources, Eivor’s clan must secure a future among the broken kingdoms of England.

During their journey, Eivor will face powerful figures including Saxon kings and the warmongering sons of Ragnar Lothbrok, as well as a mysterious, growing threat to England’s destiny.

Pre-order now and get an additional mission: The Way of the Berserker.

Master the art of intense vehicle-based combat through timing, tactics and skills to cause colossal amounts of damage, destruction and devastation in vibrant arenas across the globe.

Pre-order Godfall digitally for the PS5 via the PlayStation Store now!

If I’d left well enough alone, Macros would still be bullying rivals and battling enemies. Instead, he’s on the brink of godhood and our civilization lies in ruins. But Macros forgets what he said to me that day: Gods belong in the sky.

Save Aperion. You are the last of the Valorian knights, masters of combat equipped with legendary armor called Valorplates. Ascend in Godfall, a first-of-its-kind, looter-slasher, melee action-RPG.

Godfall launches on PlayStation 5 and PC via the Epic Games Store on November 12. Learn more at godfall.com.

Players can go on this epic platforming journey solo-style, or they can team up with friends for collaborative, chaotic multiplayer fun. Sackboy A Big Adventure is coming to PlayStation 5.

Design Director Ned Waterhouse shares insights on what fans can expect from Sackboy: A Big Adventure.

Let us know which PlayStation 5 games you're looking forward to most in the PS5 Forum comments! 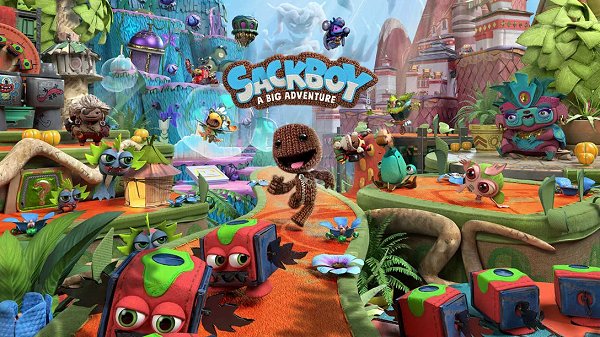