Last week we saw a preview of the Dragon Ball FighterZ Mod work-in-progress by @Markus95 (aka @Kus00095), and this weekend he released it via Twitter confirming it works with both PS4 5.05 / 5.07 Jailbroken Consoles and also on PS4 6.72 Jailbroken Consoles.

Here is as announced on my twitter, the publication of new PC mods of Dragon Ball Fighter Z for PS4.

After 2 versions of different PC Mods for PS4, here are ten new mods for this 3rd mod pack of Dragon Ball FighterZ for PS4.

This new mod pack is installed on version CUSA09072 of Dragon Ball Fighter Z, a simple PKG to install like any other PKG via the Debug menu of the console.

It includes many changes described in the changelog above.

You will also need to have installed version 1.19 and all the available DLCs in order to benefit from all the mods in this pack.

Installation:
This mod works perfectly on 5.05 and should work also on 6.72 (not tested), I am waiting for your feedback on 6.72 to know if it should be modified for, which would amaze me.
Note: It replaces the character, the skin change method does not work on PS4 unfortunately... Obliged to change the complete character. 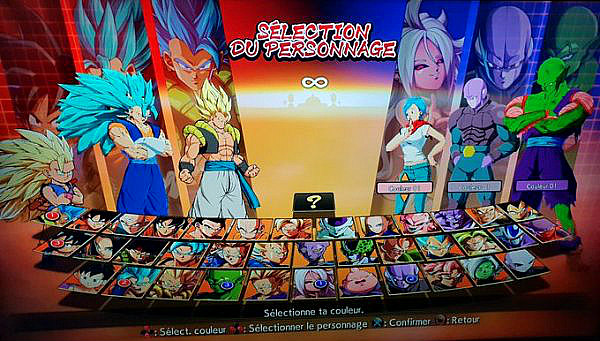 Member
Contributor
Verified
Thanks for this.

Member
Contributor
Verified
I am very glad of this release

Member
Contributor
Verified
Hi there if i own this game can i just i install this pkg and will it work?