It took a while, but here it is finally, the new update of my Mod for Dragon Ball Fighter Z.

This new v4 update brings a lot of novelties and not the least, indeed in this new Mod you will find, the original musics of the animated one and also among others modifications of textures bringing new skins for some characters, but this is not all ...

After a lot of research and testing, here is finally coming the music of the animated during the title menu, the lobby menu, the character selection menu, during the fights etc ... Giving the game a much nicer touch that with the original music of the title.

There is also as announced above, the modification of textures (finally) which allows to change the colors on the characters, giving a lot of modifications (like changing the colors of the hair or the costumes).

This new mod pack is installed on version CUSA09072 of Dragon Ball Fighter Z, a simple PKG to install like any other PKG via the Debug menu of the console.

Installation:
This mod works perfectly on 5.05 and should work also on 6.72 and 7.02 (not tested), I await your feedback on 6.72 and 7.02 in order to know if it should be modified for, which would amaze me.
Mod Dragon ball fighter Z v4 on PS4 (music mod, textures mod, etc...)
Dragon Ball FighterZ PS4 mod by Markus 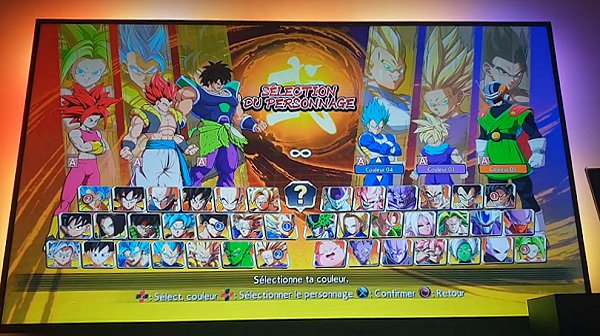 Senior Member
Contributor
Verified
how to texture mod other games?

Developer
Senior Member
Contributor
Verified
@Rizuki Sadly each game is different, so there really is no uniform way to mod every game, you just got to look at each game and see how it could be modded.

Member
Contributor
I wish somebody could make a trainer for this game.

Developer
Member
Contributor
Verified
@Rizuki
If your game is develop with UE4, its possible...