DUPLEX Releases a New Batch of PS4 FPKG Games for the Holidays!

As promised in their previous NFO files, following the PS4 7.02 Backported Games via the 7.02 PS4JB and PS4 Releases yesterday PlayStation 4 Scene group DUPLEX returns with another fresh batch of new PS4 FPKG game releases for use on PS4 6.72 Jailbroken Consoles this Christmas Day 2020!

Here's a list of their latest additions to hit the Interwebs thus far:

Code:
We'll add the remaining PS4 NFOs to this article as they surface... for access to the latest PS4 FPKGs simply follow the PSXHAX Member Verification Guide to become a Verified Member by getting a Blue Verified Badge (FAQ in the spoiler HERE) through our PSXHAX Floating Discord Channel. 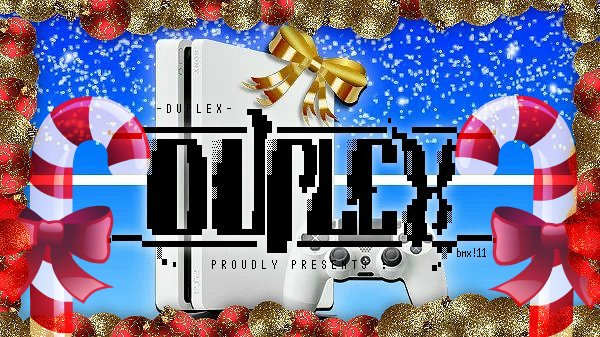 Member
Contributor
Verified
what is a duplex game?

Staff Member
Moderator
Verified
Duplex is the name of the warez group that released these games to the masses.

Member
Contributor
Verified
Will this be compatible with 5.05 or 6.72? Thanks

Member
Contributor
Just upgraded to 7.02. Took a few tries, but it did work. Just a bit different than 6.72. Rest mode also works, which helps so that you don't have to run the exploit all the time. I actually like it more than 6.72 because you can typically try the exploit right away, again and again, if it fails.

My pro did crash once or twice before succeeding, but it's better than 6.72 crashing almost every time after a fail. Installations and games work. Great stuff. Thanks all.

Senior Member
Contributor
Verified
I don’t see any links, where are the games?

Member
Contributor
@ombus Rest mode is actually sporadic after more testing. And it has worked mostly in HEN, but not with MIRA. Sometimes it works, full cycle, On to Rest to On again. Sometimes, my Pro seems to crash AFTER it has entered full Rest Mode (solid orange light).

The light goes out at some point, and the system has to be reset. It is a bit irritating that it's not consistent, but who am I to complain. I'll just have wait for improvements like everyone else.