With this update, we wanted to bring more polish to how the game controls and looks, as well as introduce a whole bunch of free new content. Now players will have even more freedom to approach stealth scenarios in delightfully satisfying ways.

Espire 1 for PS VR now looks and plays better than ever before. The Assimilation update gives PS VR players a significant update to enemy AI, a complete rework to the lighting system in every level of the game, nine new Virtual Challenges and two new weapons.

This means there’s a bunch of new content to enjoy for existing players, and brand new players are getting the most robust version of the game to date!

For the VR players who want to scratch that arcade-y VR itch, there are a handful of brand new virtual challenges: 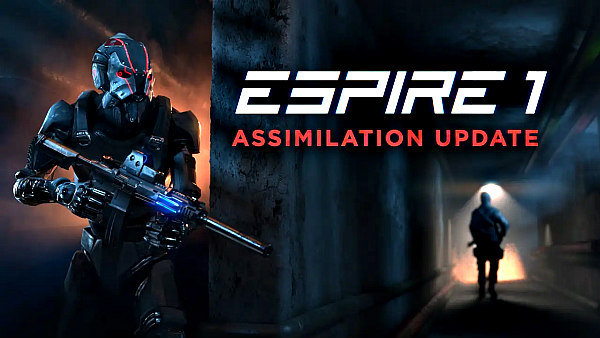