This year the annual event will take place virtually from December 7-10th, 2020, and their presentation will outline the exploitation strategy used and the hurdles they encountered along the way for those in the InfoSec field or who are simply interested in learning for fun or to cash in on Bug Bounty Programs.

While most of the PS4 Scene is awaiting someone to make use of the PS4 7.02 Kernel Exploit (KEX) with Mira 7.00-7.02 PS4 WIP Ports already underway, according to @Abkarino of Team Rebug on Twitter to quote: "If it is 6.xx WebKit exploit only, then it will be useless for most unless if it is more stable than the current public one."

And to quote from the event page on BlackHat.com:

This is for the Pwners : Exploiting a WebKit 0-day in PlayStation 4 / Github
Despite an active console hacking community, only few public PlayStation 4 exploits have been released. The exposed WebKit-based browser is usually the entrypoint of a fullchain attack: from browser exploitation to kernel exploitation.

However, browser-engine hardening techniques together with the total absence of debugging capabilities make it very hard to successfully exploit bugs in the latest PS4 firmwares.

In this talk, we will present how we managed to debug then exploit a 0-day WebKit vulnerability on 6.xx firmwares. The bug has been reported by our fuzzers and is currently under the process of responsible disclosure.

The bug is a Use-after-Free (UAF) vulnerability in WebKit engine. The exploitation of this bug requires a deep understanding of WebKit's primary heap allocator. The key concepts of the allocator as well as the primitives required to massage the heap will be introduced to the audience.

In this talk, we will introduce the root cause of the bug. This bug provides limited exploitation primitives. However, thanks to a weakness we identified in ASLR mechanism, we were able to make this bug exploitable.

In this presentation, we will focus on the exploitation strategy we adopted to get code execution in the context of the browser process and how we turned in particular a Use-After-Free into a R/W primitive leading to code execution.

We will conclude our talk by outlining some of the hurdles we faced while attempting to port the exploit on the latest PS4 firmware.
Cheers to MSZ_MGS for passing along this news earlier today! 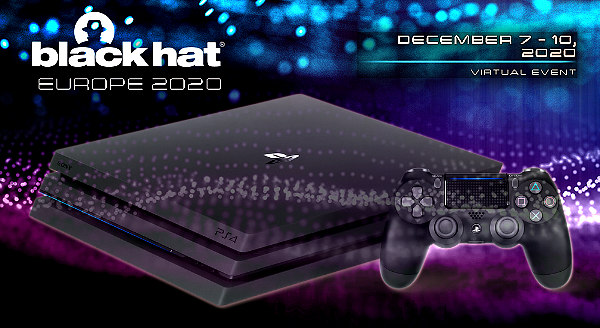 Staff Member
Moderator
Verified
Better late than never, although there may be more interest in hacking the PS5 by December following its release this November for most of the world.

Member
Contributor
Since it's 0-day, hopefully Sony hasn't accidentally fixed it yet in their 7.xx fw's. And really hope PS5 hacking will be more active especially since the game prices has gone up which could motivate more hackers perhaps.

Member
Contributor
Its a webkit exploit, there is still something called kernel to be defeated..

Member
Contributor
@FakeUser 7.02 kernel exploit is already there dude, we're hoping for this webkit exploit to work on 7.02 at least.

Senior Member
Contributor
Verified
@berkayde
A/ if we can read/see about it Sony certainly can and does. The more public discussion about such things the more Sony learns and implements.

B/ PS5... well from part A (above) you can almost be guaranteed those webkit entry points wont even be an option period. I don't think you will see a hacked ps5 at all for the first few years of the PS5 (just my opinion)

C/ All companies and developers want to get away from physical copy games. Which means the next gen after the upcoming ps5 and Xbox, won't have drive options at all. It will be digital only. (Yes I know the argument "ya but not everyone has internet or a good one" but at the rate technology is increasing etc... that wont be an issue in 6 or 8 years etc) also just my opinion

Senior Member
Contributor
I thought that the kernel exploit was the hardest part and thats done. I have a good feeling that the webkit problem also will be resolved soon.