Cultivated to be bigger and better - the popular farming simulation returns in November! Farming Simulator 22 offers more depth and the highest extent of player freedom in the history of the series.

With more than 400 machines and tools from over 100 authentic agricultural brands, players can look forward to an improved and realistic-as-ever simulation.

There might be a giant mothership in the sky but there's no time like the present to PARTY.

Abaddon hope, all who enter the asylum! The nefarious Baron Umbra has been revealed as an occult mastermind, and hidden away in heavily fortified cultist territory! The only way in... is through the catacombs, led by a survivor known only as ‘The Angel.’

Can the Resistance reach the asylum, stop the Baron and put an end to his evil? Or will the catacombs get a few extra corpses!
Abaddon Asylum is the second mission in Return to Hell, a haunting three-part Zombie Army 4: Dead War Campaign!

Explore a terrifying new location in this 1-4 player mission, complete with terrifying enemies, collectibles and more! You may have survived a damned facility – but the dead don’t care!
We also have a whole horde of other brand new content out today for Zombie Army 4 fans to bite into, including:
The FREE Left4Dead Character Pack 1 contains four characters
Included in Season Pass Three or available individually. The Left 4 Dead Characters do not come with character voices, players must select a pre-existing voice in order to play as these characters.

Tainted by a ruthless enemy invasion, you must fight to escape the beautifully crafted lands of Azur in the stunning hand drawn side-scrolling adventure Greak!

Coming to PlayStation 5 on August 17th!

Alex Kidd in Miracle World is out now!

The legend returns in stunning new detail with Alex Kidd in Miracle World DX! Fire up your power bracelet and relive a platforming classic alongside new modes, levels and features!

Fast forward to the year 2078... Go on a journey with Eshe and her AI companion Kody. In this Dreams creator collaboration with Mercedes-Benz. COMING July 8th 2021! to Dreams!

Get a FREE in-game bundle to celebrate Season Four of Call of Duty: Black Ops Cold War and Warzone. Featuring an Epic Operator Skin for Helen Park, an Epic Weapon Blueprint, 2XP token and much more! Limited time only for PlayStation Plus members.

A brand new arena is available now for free on Worms Rumble on PS4 and PS5!

Jump into real-time battle with up to 32 players and zero gravity in the Spaceport Showdown arena, available now as part of a free update.

Hop in and start crashing! Crash Drive 3 is now driving onto PlayStation! Customize your car, explore different maps, compete in events and overall: stunt and crash your car!

Play alone or with friends, as long as you remember, you are here to show off! Get a head start, wishlist now!

Join the millions already playing Human: Fall Flat! Explore your dreams in this light-hearted, hilarious physics platformer for up to eight players. Includes 17 amazing levels, with more on the way soon! Features Haptic feedback on PS5!

Play a back catalog of PS4 games on your PS5 console.

Sledge's got your six in Rainbow Six Extraction. Learn how he uses his Tactical Hammer to create instant access to rooms for tactical advantage against the Archean threat.

Get a look at the latest iteration of the Snowdrop engine and how it leverages the new generation of hardware to bring the alluring world of Pandora to life in an immersive, open world experience.

Check out the new Snowdrop Tech Showcase video and see how we're bringing the alluring world of Pandora to life on the new generation of hardware.

Connect to a Brain Punk world and fight to defend our world from an Other invasion!

Game creators can build their PS5 games so you can jump straight into specific missions, modes, quests, and more straight from the console's Control Center.

Take on special in-game challenges in supported PS5 games, and share your results with friends on PS5 to see if they can do better. If your friend beats your high score or time, you will get notified and get a chance to beat them right back.

Create screenshots and videos from your gameplay. Share them with other players on PlayStation Network, or on select social media apps. 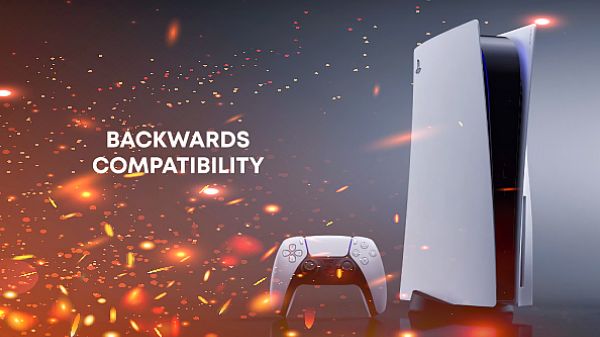 Member
Contributor
Verified
Farming Sim 22 looks really good. I wonder how it is to play FS on a controller..

Member
Contributor
Verified
Can't wait to get a PS5