If:
Then according to Fail0verflow you should be able to run Linux on your PS4.


But what does this mean for the average consumer? Well, with developers having access to the PS4 software via Linux, they can examine files hidden from the average user, and then decrypt the update system and find a whole to install homebrew via the XMB. This is a lengthy process however, and since 1.XX the firmware has got many new patches and is more secure as SCEA (Sony) predicted such actions.

However, don’t give your hopes up as the PS4 is capable of downgrading and some hackers are already looking at the hardware to accomplish this. There is no worry to update to any OFW, offered by SCEA to your PS4, just it will take longer to get CFW when you update. 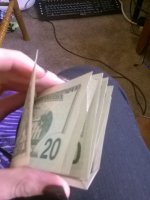