PS4 Guides and Tutorials       Thread starter PSXHAX       Start date Apr 29, 2019 at 11:28 PM       144
Following the Fallout 4 PS4 EBOOT.BIN ELF Patcher, today PlayStation 4 developer @MODDEDWARFARE made available via Twitter a Fallout 4 PC Mods on PS4 Tutorial video on his YouTube Channel for all the game modders out there!

From the video's description, to quote: Fallout 4 PC Mods on PS4 Tutorial

Converting Fallout 4 PC mods to run on the PS4 version. 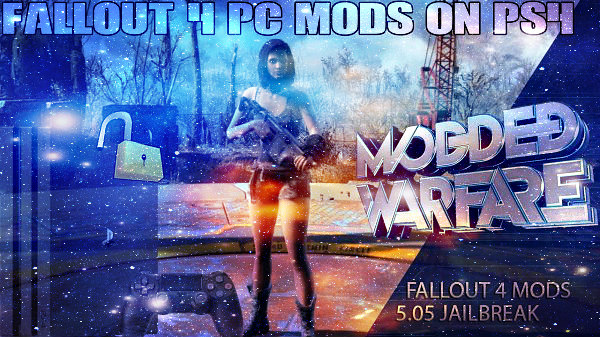 @arfgh fallout 4 and skyrim are not multiplayer games, so, NO

you have any idea how i can fix this ?

Developer
Senior Member
Contributor
Verified
you’d fix it the same way you would on PC, make sure you match the face textures properly.

I have absolutely nowhere, on the internet, found a tutorial or explanation allowing me to apply the Tales of Arise Nexus PC mods on the game on a jailbroken ps4.

I have watched all the videos of using PC mods on jailbroken ps4 from @MODDEDWARFARE but he hasn't yet released a video about Unreal engine PC mods and I asked him through the comments but still no answer... He must be very busy and I don't want to bother anyone ! ^^

So I'd like to know if anyone would know how to use Tales of Arise Nexus PC mods (which is an Unreal Engine game) on a jailbroken ps4 !

Thanks for your support !!!