Proceeding the 4.87 PS3 OFW Update and their previous revision, over the holidays PlayStation 3 developer @Alexanderss released Ferrox PS3 Custom Firmware (CFW) 4.87 v1.00 Cobra 8.20 adding support for PS3 Firmware 4.87 with the changes detailed below for those in the PS3 Scene that still own a PlayStation 3 video game console.

To quote from LizZo on their latest PS3 Custom Firmware release, roughly translated:

Didn't you think we would have made you celebrate New Year's Eve without our gift? And no eehhhh

Our gift is the new FERROX COBRA 4.87 developed by our friend Alexander, tested and working. With all the festivities in between we were late, but the result does not change!

We have news from the PS3Xploit team, with the developer bguerville toolset update. Therefore it is also possible to install the Custom Firmware from an original Firmware. We will update the guide as soon as possible. In any case, let's go back to our CFW and its characteristics.

CHARACTERISTICS OF THE CFW:
As always, we did a lot of testing before release. We tested a little bit of everything, and found no bugs or problems of any kind. Do not hesitate to let us know if you find any errors !!
INSTALLING THE CFW
From XMB
From Recovery 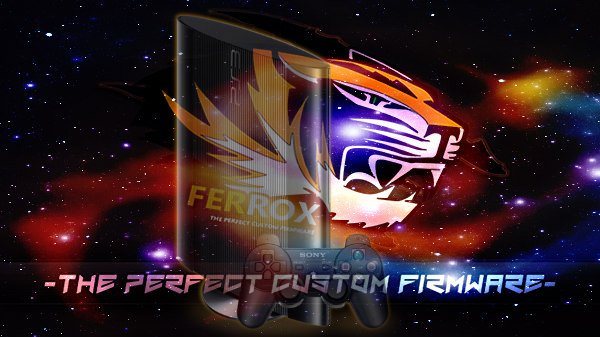 Member
Contributor
Thank you very much!

Member
Contributor
Thank you for the clear write-up. I've been on the fence for trying CFW on the PS3.

Senior Member
Contributor
I tried to install on my ps3 smoothly , ps3 2506 , thank you

Contributor
Does it work on Super Slim ???