Here is also the NoBD version as usual! This version of the FERROX Custom Firmware is designed for anyone who has a failed reader. In fact, the NoBD completely disables the reader, and with this the console returns to work fully. You can start Games and Homebrew without any mistake!

The FERROX NoBD COBRA 7.55 version imitates the normal COBRA version, with just the addition of the NoBD Patches. So I report the news in the new version COBRA 7.55 in case you missed them.

Install twice to ensure that the NoBD Patches are installed correctly!
TESTS MADE:
In tests for the COBRA 7.55 we tested many PS3, PS2, PSP and PSX games, in all formats. Some of the games tried in the spoiler.

Thanks go all to the Developer Alexander for the continuous work on FERROX at every opportunity. Acknowledgments also due to all members of the Cybermodding Staff to conduct tests before release

Remember again that this version is to be used only if you have a broken reader. If you do not have the faulty reader, use the normal COBRA version

There are no differences between the COBRA version and the COBRA NoBD version. There is only the NoBD Patch to differentiate them !! 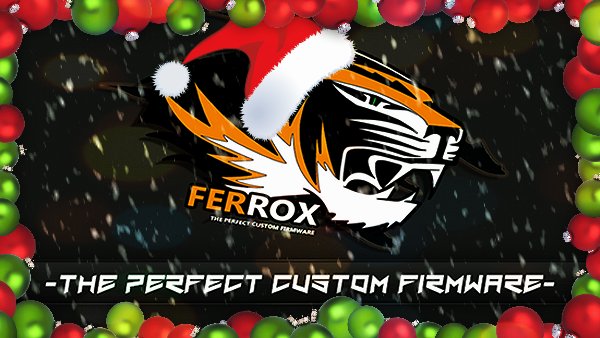 Member
Contributor
Verified
Well that's a bummer i cant download it. i registered and all but it the website keeps on giving me an error. some token is not valid.

Senior Member
Contributor
Verified
Nah. I will wait for Rebug D-REX and it is better than Ferrox. Loved REBUG for over 6 years and I am staying with REBUG.

TrekkerX said:
Well that's a bummer i cant download it. i registered and all but it the website keeps on giving me an error. some token is not valid.
Click to expand...


azoreseuropa said:
Nah. I will wait for Rebug D-REX and it is better than Ferrox. Loved REBUG for over 6 years and I am staying with REBUG.
Click to expand...

to each his own.

Member
Contributor
Verified
Thanx will download it. this one i will do on my fat ps.

Alexanderss said:
to each his own.
Click to expand...

Senior Member
Contributor
@Alexanderss can i play the games from fake blue ray disk on xmb, not App_home / PS3_GAME. ..because i get black screen trying lunch god of war 3 or wwe17