To quote from @dodero4 who is also a Moderator at CyberModding.it on this release: PS3 Custom Firmware FERROX 4.82 Standard v1.0

Here we are, after the Sony release of OFW version 4.82, the CyberModding staff immediately started working. And after working with developers we have been able to release the new version of the Custom Firmware FERROX 4.82 Standard in no time. This is the first version of FERROX, and of course the others will follow!

The other usual versions of Developer Alexander are already in the pipeline, so follow us in these hours!

FEATURES:
CFW INSTALLATION:
TESTS TAKEN
In this version of the Custom Firmware FERROX, there is no particular modification. It's the cleanest CFW of all! Suitable for those who do not have special needs and those who do not want to risk more than due by going online.

Do not find the Package Manager, or the Graphics Mod installer. If you prefer a more complete CFW, wait tomorrow!

Thank you devs, it always finds time to bring improvements to its CFW for the sake of the community. 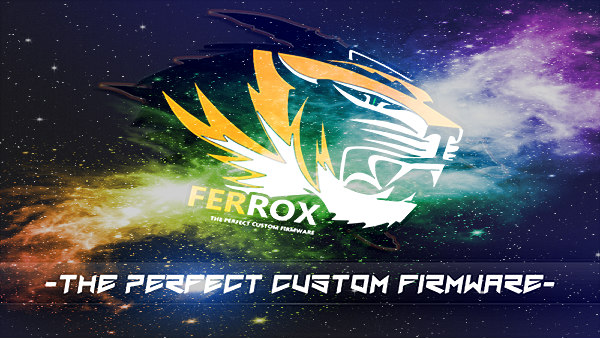 Staff Member
Moderator
Verified
Nothing has changed on that front yet, it only works on PS3 consoles that can install CFW at the moment.

Member
Contributor
Can we get a nobd 4.82 also?

I think this cfw is only for slim and fat models....

Hello in the next few days will come out the other versions, they are now under test and things

Thanks PSXHAX for release

Developer
Contributor
The cobra and the cobra nobd, are ready for a couple of days, but we're end up testing everything. Surely they will be released at the same time in the next few hours.