To quote from LizZo via @dodero4 who is also a Moderator at CyberModding.it that passed along this news to us: PS3 Custom Firmware FERROX 4.82 Standard v1.01

As promised, we update the version of this CFW developed by our Developer Alexander. In v1.00 of the FERROX Standard Custom Firmware, slight shortcomings had been noted. So now the cleanest CFW to go online is stable and accurate. Version then updated to v1.01.

You will all know the standard version of the FERROX now, but in case you are new to the world of Jailbreak and CFW, know that this is the safest CFW to avoid a Ban from the online game console. This Firmware contains only the Patches needed to be a complete CFW, but still modest. If you need more features, you can fall back to the COBRA version of the FERROX.

This is only a Fix version, but it is recommended to install it to get everything precise and fully functional. Let's see the features, even if you have memorized them.

CHANGELOG v1.01:
FEATURES:
INSTALLING THE CFW:
TESTS ON CONSOLE MADE:
In this version of the FERROX Custom Firmware, there is no particular change. It's the cleanest CFW of all! Suitable for those without special needs and those who do not want to risk more than necessary by going online.

You do not find the Package Manager, nor the installer of the Graphic Mods. If you prefer a more complete CFW, there is the COBRA version that you will always find in the PS3 Custom Firmware FERROX section! 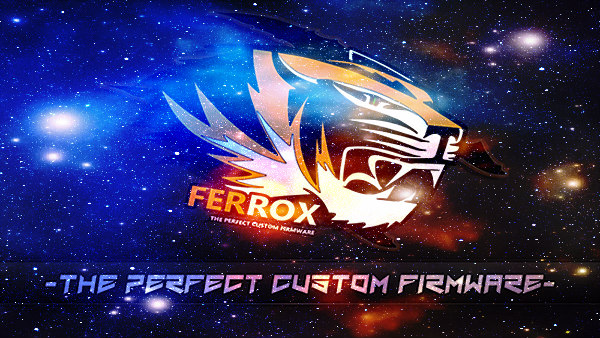 Contributor
Thanks PSXHAX for release

Senior Member
Contributor
can we use this pup after ps3xploit (the recent method)?

Senior Member
Contributor
Verified
You should just do the exploit load any cfw than downgrade and than goto rebug 4.81.2 cfw.

Senior Member
Contributor
Why can't we, for instance, use this firmware for playing backups, rather than exploiting, loading cfw, downgrading, then upgrading to the version right before this one?

Senior Member
Contributor
Verified
You can do what you want i just think Rebug is the best and 4.82 hasn't come out yet so that's why i said downgrade to load that CFW but i mean if you just want game backups do what you think is best.

orkalass said:
Why can't we, for instance, use this firmware for playing backups, rather than exploiting, loading cfw, downgrading, then upgrading to the version right before this one?
Click to expand...

Of course you can do it. The Rebug is mainly used by those who use the modmenu. If you just have to play with PS3, PS2, PSX and PSP titles, Ferrox seems to me the right choice. obviously de gustibus non disputandum est