We promised you just last night, we bring you the new Custom Firmware FERROX 4.82 COBRA 7.53 !!

It is the most used CFW of all together with REBUG, so you will know it well for now. Always present to every new OFW, all of us members of the Cybermodding Staff along with our Homebrew Developer we are working from the very first day after the release of OFW 4.82.

This CFW is the perfect firmware for those who are not interested in the many / too many CFW REBUG options. It can be said that the CFW is the most up-to-date for users looking for a CFW Standard that has all the necessary functions, no more. In fact, we can ensure that FERROX is one of the cleanest to play online.

CFW CHARACTERISTICS:
CFW INSTALLATION:
TESTS TAKEN:
The CFW was again tested from scratch. We did not find any kind of error. Once again we thank Developer @Alexanderss for the work done

Special thanks to @dodero4 for passing along the news on our Contact Us page! 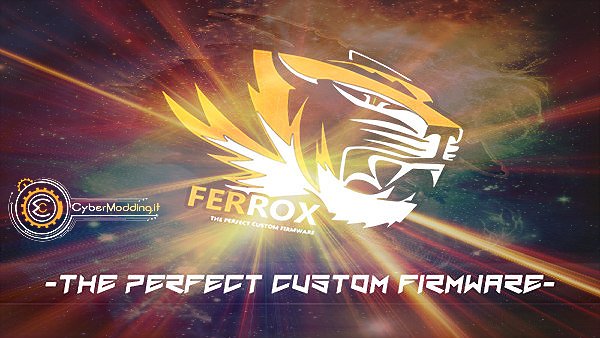 Developer
Contributor
you have to wait for the developers to update the payloads of their backup managers. The payloads of 4.82 are almost identical to 4.75, which is why everyone finds that. What I can advise you and wait for homebrew updates and use mmcm for now ... even if deank, it should update it to 4.82

Contributor
I tried to use mmcm to mount bluray 3 iso, but when I play it, same error appear: 8002997B

Developer
Contributor
as i said, we have to wait for all developers to update their homebrew, because there may be problems.

Contributor
this is one of the best CFW in the scene. and the ps3 scene owe you a lot for your hard work which is always remarcable, but i want to make a small request :

could you please make a clean version of it from any modification of the UI (XMB, Cold Boot, the sound....) a version with all the specifications, but no UI mod, like the HABIB version
thank you

Developer
Contributor
yes, a vanilla version might be an idea.

Senior Member
Contributor
Verified
I will wait for rebug release version. It is only one that I trusted for many years.