PS4 News       Thread starter PSXHAX       Start date Jun 5, 2017 at 9:14 PM       2
Whether you call it soccer or football, PlayStation 4 fans will be pleased to know EA Sports officially announced FIFA 18 today complete with details and a PS4 reveal trailer video below!

FIFA 18 is fueled by Cristiano Ronaldo, all-time top scorer of Real Madrid C.F. and winner of the Best FIFA Men’s Player Award and will be available on September 29th, 2017 and those who pre-order the Ronaldo Edition will receive 3 days early access.

Here are the deets from FIFA Content Manager Jon Cole, to quote:

"Not long after he was named the world’s best footballer by FIFA in January, he went to Madrid to spend some quality time with Portugal and Real Madrid’s finest. We set him up in the famous EA Sports motion capture suit and meticulously recorded his every movement to bring Ronaldo’s every attribute to FIFA 18. 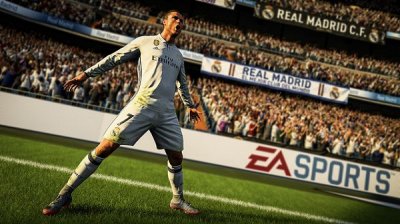 From his explosive acceleration and those famous chop moves to that unique running style and lethal shooting technique, you’ll see all of this data come to life in how players move, behave and interact when you get your hands on FIFA 18 on September 29th, or sooner. But more to come on that in a minute…

Last year was a momentous year for us on PS4 with the move over to the Frostbite Engine in FIFA 17 allowing us to deliver a massive visual upgrade along with the new environments you experienced with Alex Hunter in The Journey. In year two, we’re taking an even bigger stride forward and taking the visual fidelity up another few notches. We can’t wait to show you more of this beginning with the full FIFA 18 reveal at EA Play live from Hollywood on June 10th, but Ronaldo looking even more Ronaldo-like than ever before is just the tip of the iceberg. 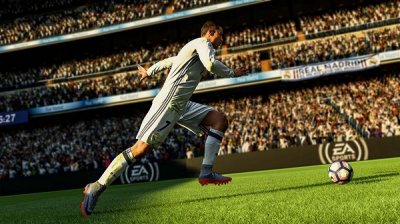 A player this great deserves something special too: the FIFA 18 Ronaldo Edition. This gives you a bunch of great pre-order offers, including a CR7 starter item in FUT, up to $60 worth of Jumbo Premium Gold Packs and three days early access to FIFA 18, allowing you to play from September 26th.

But why have one Ronaldo when you can have two? This year, for the first time, we can also announce that some of the most iconic footballers in the history of the game are coming to FIFA Ultimate Team on PS4, headlined by one of the players I idolised growing up: Ronaldo Nazario.

The legendary Brazilian was one of the most gifted, prolific, explosive and dynamic strikers to ever play the game, and this year you’ll be able to pair him and Cristiano Ronaldo to terrify opposition defenders in FUT.

So there you have it, FIFA 18, fueled by the World’s Best. While you’re patiently waiting for September, don’t miss the full reveal of FIFA 18 on June 10th at EA Play, live from Hollywood where we’ll have plenty more to whet your appetite." 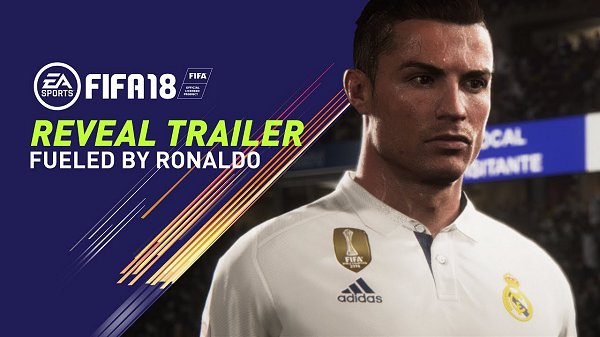