The holidays are now upon us! Santa Claus has arrived early this year, because today we're adding 50 more PlayStation 4 games to the PlayStation Now library, bringing the total to over 275 PS4 games to stream or download, and a total of over 700 PS4, PS3, and PS2 games to stream.

We've also got some great discount deals happening on our subscriptions, so keep reading to find out more.

Leading the pack of 50 new PS4 games this month is Ubisoft's epic combat game For Honor. Enter the chaos of war and choose a faction: bold Knights, brutal Vikings, or deadly Samurai. For Honor features 12 base Heroes to choose from and customize, a thrilling solo and co-op story campaign, as well as brutal PvP and multiplayer modes to test your skill in battle (PS Plus not required to play online when playing via your PS Now subscription).

Here are the top 10 most streamed and downloaded games in PS Now during the last month:
Today also marks the start of our holiday price promotion for PlayStation Now. From today through January 8 (8 AM PT), we are bringing back three exciting subscription offers. If you’ve never tried the service before, you can get your first month for just $9.99 with our special intro offer (new subscribers only).

Also available is a discount on the 3-month offer, now just $29.99 ($44.99 regular price), and for the best bang for your buck, 12 months for just $79.99 ($99.99 regular price), both available to new and existing subscribers alike. You can also check out the seven-day free trial for PS4 and PC to get started. (Terms apply. New Subscribers only. Credit card required. See here for details.) 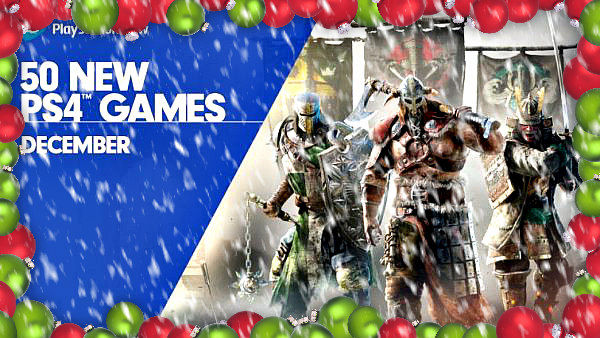 You must log in or register to reply here.
Share:
Facebook Twitter Reddit Email Link
Recent Articles
PS4 System Software / Firmware 7.51 is Now Live, Don't Update!
Proceeding their 7.50 PS4 OFW today Sony pushed live yet another PS4 System Software / Firmware 7.51 stability update... making the PlayStation 4 the most stable video game console to date...
PlayStation Store Double Discounts PSN Promotion Begins Today
Starting today through June 10th, PlayStation Plus members can save more during Sony's latest PlayStation Store Double Discounts promotional PSN sale on PS4 titles including Assassin's Creed...
Friday The 13th: The Game PS4 5.05 RTM Trainer by GrimDoe
Happy Late Memorial Day ! The maniac behind the mask is back, to seek his revengeance onto all those that gets in his way, on his massacre killing spree.