One user going by the name of MrNightmareTM thinks they are all fake... check them out below and decide for yourself!

MORE Unreleased Gears of War 3 Maps
From the video's caption: Time for Maps Below. A video showcasing a massive collection of unreleased maps. There is tons of Campaign stuff as well. You may recognize some of these as already released, such as Azura, but these are completely different than the retail game.

Gears of War 3 Running on PS3
From the video's caption: I managed to compile a fully working Gears of War 3 build for the PS3. The PS3 is a very annoying system to work with, but in the end got it working. The FPS is currently terrible on the PS3 system, I'll try to get a video out on the stability of the build later.

PS3 running Gears of War 3 - Gameplay
From the video's caption: DO NOT ASK FOR THIS BUILD, YOU WILL NOT OBTAIN A FILE FROM ME!

Booting up and playing around in the PS3 build. Changed the buttons in the build to better reflect its on the PS3. 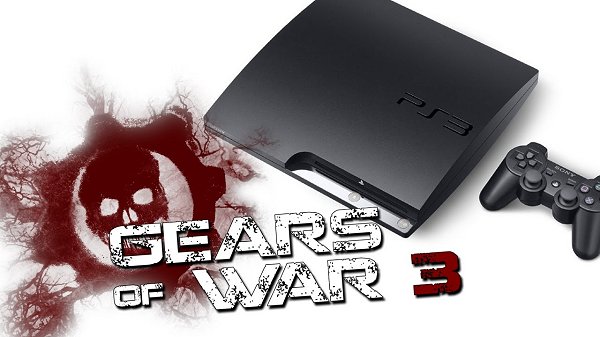 and then in 00:35 (2nd Video) the video seems to stop and maybe he change TV to PC with the ability of using the PS3 Controller in PC

(i waited for him to press the PS Buttom during playing)

Senior Member
Contributor
You guys remember the user " batman " who worked on getting unreal engine to work to compile ps3 games? Maybe this user got it to work that way using his build of unreal engine?

Staff Member
Moderator
Verified
@batman is still around and quite active lately, especially behind the scene... I tagged him so maybe he'll see this and share his thoughts on it

ezzsnake said:
i am really wish it does in other way i wish that BEAST to run all other platforms games

and then in 00:35 (2nd Video) the video seems to stop and maybe he change TV to PC with the ability of using the PS3 Controller in PC

(i waited for him to press the PS Buttom during playing)
Click to expand...

I wish it was that easy to just make a fake Gears build but I spent a good week fixing crap to get it to compile for this stupid system. No matter how much I'll show, people will assume it is fake because they don't think it'd be possible.


PSXHAX said:
@batman is still around and quite active lately, especially behind the scene... I tagged him so maybe he'll see this and share his thoughts on it
Click to expand...

He contacted me wanting my complete source to try and help me build it since I had 0 clue of the PS3 ***, tools, etc. Though for obvious reasons, I declined. I managed to pull through and got the build to work but for odd reasons it only ran from HOSTFS.

I edited the line of code asking from simple app_home to the complete APP_HOME/PS3_GAME/USRDIR and it managed to run offline. I think @batman should edit his code to do the same.

Staff Member
Moderator
Verified
Sweet, didn't know all that... thanks for the follow-up @epicerror and glad to have you here with us now!

Developer
Senior Member
Contributor
If this is real you think someone could host private servers that CFW people can get on and play? Without hacking of course.

PSXHAX said:
Sweet, didn't know all that... thanks for the follow-up @epicerror and glad to have you here with us now!
Click to expand...

Thanks! If @batman was able to give the community the power to compile their own UDK builds to PS3, why would it be impossible for me to compile my Gears 3 build to PS3? Granted I understand people's skepticism but come on, I got videos of it running on PC.

The PS3 build has all the campaign maps, all the retail maps as well as maps from the public beta. The juicy part of the PS3 build is that it has even DLC map as well as unreleased maps such as Sandstorm Gridlock and more. I also included maps I created myself, ports of Gears 1 to Gears 3 such as Canals.

Again, the PS3 doesn't have much RAM compared to 360, at 256MB. That is why you see it dipping to a silky smooth 20-24FPS. Just modifying the textueLOD to a lower res, reducing some graphical effects and reducing LOD of models could get it at a stable frame rate, but I'm too lazy to fix it right now.


SockEE said:
If this is real you think someone could host private servers that CFW people can get on and play? Without hacking of course.
Click to expand...

It wouldn't be possible to straight out of the gate allow people to play between each other. Majority of the onlinesubsystem is hardcoded to 360. For example, I have yet to change the save system to work properly with the PS3, it won't save. A few things must be changed to even allow you to play with multiple consoles.
You must log in or register to reply here.
Share:
Facebook Twitter Reddit Email Share Link