Formerly known as Project Stream while in development, today Google announced their cloud gaming subscription-based service Stadia via Twitter complete with Stadia Developer applications being taken and an Official Site now online as the AAA video game platform is currently slated for a 2019 launch.

According to Wikipedia, since the games are hosted on Google's servers Stadia needs no additional hardware... only requiring the device to have an Internet connection and support for their Google Chrome browser.

Check out the Stadia videos below, and let us know in the Site Poll if you plan to jump on the bandwagon for Google's new gaming service or not!

To quote: Stadia works atop YouTube's functionality in streaming media to the user, as game streaming is seen as an extension of watching video game live streams, according to Google's Phil Harrison; the name "Stadia", plural of "stadium", is meant to reflect that it will be a collection of entertainment, of which the viewer can choose to sit back and watch, or take an active part in.

And from their Blog Update, to quote: Stadia launches with 22 titles on day one

Alongside our publisher and developer partners, we’ve been getting ready for Stadia, and are adding more titles to our day one launch line-up. Gamers will have a total of 22 titles to choose from tomorrow, with more games coming by the end of the year.

In addition, gamers will be able to claim both Destiny 2: The Collection and Samurai Shodown as part of the November Stadia Pro subscription. Stadia's day one titles include: 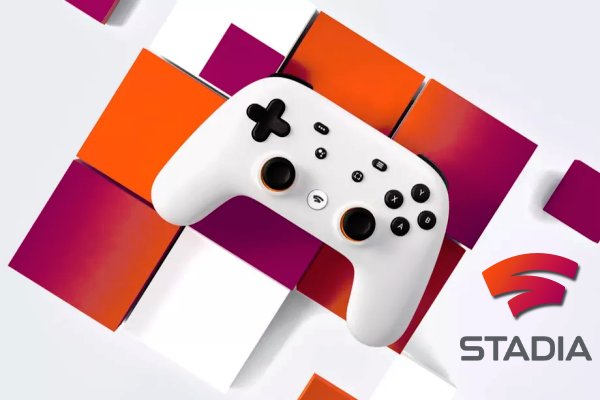 Member
Contributor
Verified
I would already be happy with a solution for this issue from Google.

Senior Member
Contributor
Verified
I personally dont like the dependence to the cloud or streaming.
It is a good additionally option, but its a good feeling to have your own things.

And if your internet connection is broken, you cant do anything.
No music, no video, no gaming and so on.
Maybe this is an old fashioned attitude...

Senior Member
Contributor
You guys should see the amount of hate it's getting on Twitter. Everyone is smart enough to be wary of it. If it's good, that's fantastic. If not, you don't wanna be the first victims of a failure.

Senior Member
Contributor
Lmfao like there ever going to be competitive with the big guys nintendo playstation and xbox.. with the fan base they've established through the years its best to leave it too the pros... plus the controller looks like a little kid could handle it but adults will drawf the thing lol...

what happens if server is down...? Or net is out in area etc you stuck with a 500$ paper weight... lmfao. i dont see these guys lasting very long like come on.. maybe a better handheld since the ps vita was dog crap like no ape escape. Metal Gear .. twisted metal .. uncharted... etc etc ...thank god for modded.

Member
Contributor
Let's say the streaming is flawless, 4K at 100fps and stuff.

It might be a good deal for hardcore gamers that spend +8h a day playing all the games.

I am a casual gamer, I choose the games I buy very wisely and always looking for best deals, I must spend no more than 200$ per year in games, the subscription would cost me 360$ per year, so it is not a good deal for me, even if it will be flawless, which of course we know it won't.

Developer
Senior Member
Contributor
Verified
haha ... I love all the hate this thing is getting... how y'all are saying they won't be able to compete with the big boys nintendo, sony, MS... etc lol ummmmm this IS how games will be in the future so get used it! They said the same thing about streaming services.

I guarantee that either this coming generation of consoles like PS5 and Xbox Deux (or whatever dumb name they call it) or the one after that (the PS6 , Xbox THREE or whatever) will be the last "traditional" consoles and THIS will be the way of gaming.

*it eliminates backups!! as there is no physical game and this does NOT install the game into your system either. A digital full version of the game or a physical copy is needed for "backing up" since neither one will exist, that will end it

*it ends USED GAMES. The console makers and game studios make $0 off of used game sales, they have been wanting to end this for years which is why they want to eliminate the physical drives. But with a service like this then EVERY game (or the service or both) MUST be purchased at whatever the full price is at the time, the full price will be determined by the game studios and or console makers and or the streaming service. Right now the price of used games is determine by the consumer which is ALWAYS less than the physical/digital versions of the game. By doing away with this, games will cost more, in many cases alot more to the consumer and every single version of the game ever sold will yield profits to the service, the studio and the console manufacturer.

If you guys think for second that this is not how its going to be in the future for everybody.... you're sadly mistaken. Its like netflix, hulu, etc but for gaming. Its something
way to profitable and appealing to game studios/developers and the console giants, this is how its going to be, watch.

Not only that, most console makers LOSE money when consoles are first launched or have very slim profits, they make $$$ off of royalties, then later on they make more, but then make less after the console peaks and sales slow down.... BUT imagine for a second that psn becomes a STREAMER like netflix, and like Stadia you can use various OTHER devices, now sony technically wouldn't even have to make a console anymore! The streaming service would waaaay more than make up whatever profits they would have made from a console plus they can make more $$$ by having "stream boxes" bundle they're software.

yeah laugh now, but we won't be 8, 10 years from now when this is the standard of gaming.

Senior Member
Contributor
Verified
If it is the standard in the future there will always be hacks and exploits, just have to get more creative. I personally don’t like it either. I like to own my games or at least be able to install and play whenever no server required. And who’s to say how long the shelf life is on a game? Like Netflix and Hulu and prime.

On a side note maybe this would be a opt for PlayOn services lol.
Plus google games? Come on lol
(Maybe root for the device)

Senior Member
Contributor
Verified
@Zoilus ...in 10 years I hope we have a better standard than cloud based 2d.

Developer
Senior Member
Contributor
Verified
@barelynotlegal as far as hacks -- you can never backup a game if you don't have the digital copy of the full game or the physical copy. So you can forget about back up , cheating etc it will never happen. The game will be streaming it will not reside in your console/device. Devs have to have access to the code that runs the games, since they won’t then they won't be able to make any changes to that code. The ONLY thing that you can maybe do is put retroarch on their console/box and make mods to the home screen and some stuff on user end side but in terms of modding games and "backing up" yeah those days will be gone

as far as the shelf life of a game, on this type of medium, the shelf life will be dictated by sales and popularity. when there's not high enough volume, they get dropped and removed from the service. Or the developer will pull the game due to lack of sales so they don't have to keep paying fees to just sit in the server. That could happen here

As far as it being "google games" or just 2D - I don't know who told you that but Gameranx already reported that the quality of the games right now are equivalent to ps4 pro quality/power not phone game quality. Although I'm sure there will be some lower calibur games on there, just as there are on current gen consoles.

And they are in bed already with companies of game engines: Unreal, Unity, and Havok and are going to be working with them. The article goes over some of the games that will be on there and whats coming... those games some heavy hitters like DOOM Eternal that are clearly NOT 2D games lol you might want to read up
You must log in or register to reply here.
Share:
Facebook Twitter Reddit Email Link
Recent Articles
PS4 IPv6 UAF 6.70-6.72 Kernel Exploit with Patches, Maybe More Stable!
Since his PS4 Save Mounter Utility release, the PS4 6.20 ROP Execution Method, PS4 Webkit Bad_Hoist Exploit, 7.02 PS4 KEX, PS4 Webkit Exploit 6.72 Port, PS4 6.72 Jailbreak Exploit, Backporting PS4...
PS4 JSON-2-SHA1 Python Script for Game PKG Files by Hosamn
Following the JSON Format details, PS4 PKGs via SEN and the JSON Entitlement Grabber Add-on this weekend developer hosamn made available a PS4-JSON-2-SHA1 Python Script for use in checking the...
PKGDT: PS4 PKG Downgrade Tools GUI for Backporting Games by Gerfra
There's no shortage of options when seeking a Windows utility for PS4 Backporting games from 6.72 to 5.05 Firmware, with the latest being PKGDT which is a suite of PS4 PKG Downgrade Tools...
Noob404 1Click Downport Patch Maker to Downport Small PS4 PKGs
Here's the third of @noob404's recent PS4 downporting apps, following his 1Click PS4 Batch Downporter from earlier today the Noob404 1Click Downport Patch Maker is used to downport small PS4 PKGs...