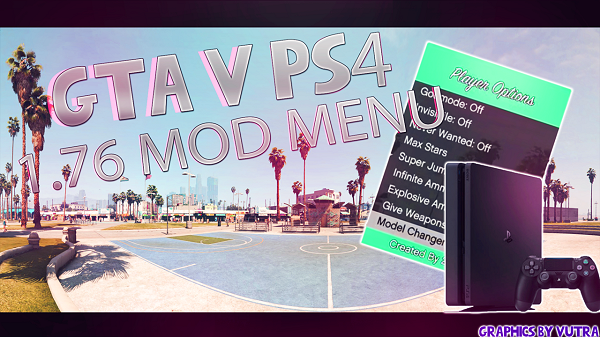 Hello PSXHAX members, not long ago people with 1.76 OFW PlayStation 4 consoles had some exciting news from PS4 Developers @BadChoicesZ and @kurt2467 confirming that you can mod games on the PlayStation 4.

In the past they also showed us Grand Theft Auto V Mods by running Native Code via an API Tool and Trophies Unlocks by API Tool.

"This is a simple mod menu I created for GTAV on the PS4. Because of the nature of the exploits used to allow this, it is only possible to use on the PS4 firmware 1.76. Because It is on a lower PS4 firmware, it is IMPOSSIBLE to use online.

To anybody concerned, you have no reason to worry about GTA Online being ruined on PS4 anytime soon. I am also not going to be releasing this, at least not anytime in the near future. Huge thanks to CTurt and all those involved in PS4 research allowing game modifications like this to be possible."

Before you start getting hyped about this great news type in the comments below what would you want/like to see in a PS4 CFW, and what you would use a PS4 CFW for.. Example (Modding, Emulators, Custom themes or more..)

Make sure to follow for update news and progress on his work.
Big thank you to @2much4u for showing us what the future off modding on PlayStation 4 can do. Thanks to @HydrogenNGU for the news in Shoutbox 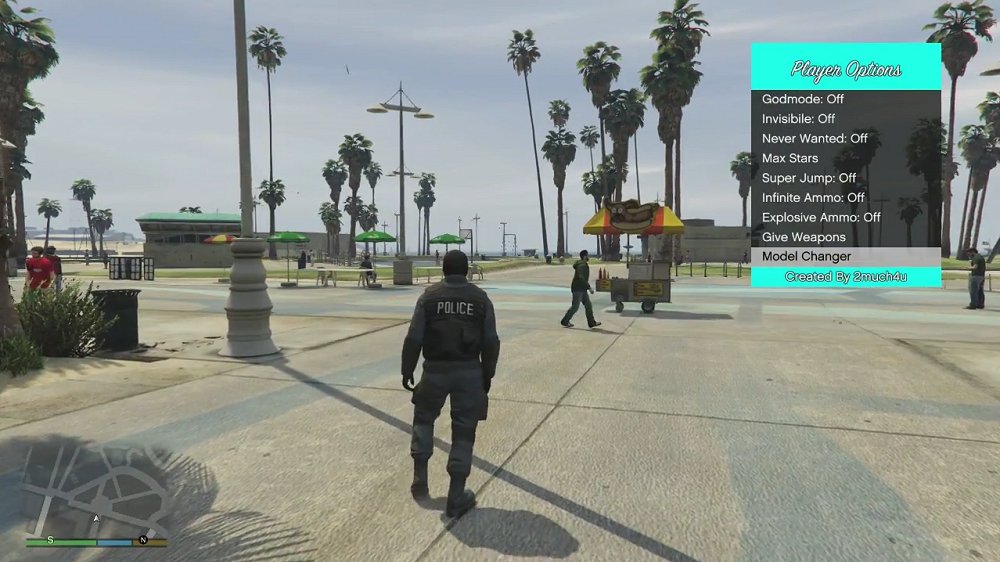 Senior Member
Contributor
Yes if it is from 2much4u then it must be real.

Senior Member
Contributor
So , he can play in backups?

Just curious why are you registered to the site then ?

Why exactly would you be mad at him? All he did was report news he didn't create this or anything. Are you sure you aren't a 12 year old?

You're on a site that considers articles/releases for modding/hacking consoles.

VultraAID said:
Just curious why are you registered to the site then ?
Click to expand...

im all for jailbreaking the ps4 but im not for hacking games particularly online games single player games i dont care for but jesus did we not suffer enough with the ps3 and all the children given hax online??

you know exactly what your doing....putting tools in the hands of fkin kids maybe you dont care but i have put in a lot of money into my ps4 buying games...i dont need kids with fkin cheats mods or anything else that aint supposed to be used online...

Developer
Senior Member
Contributor
Why are you accusing me of this? all I did was post some news no big deal ?