Action, mystery, and a chance for redemption await you in the gritty action first person puzzler GRAVEN. Explore a dark fantasy world as a wrongly convicted man of faith. Battle the horrors of humanity, the wilds, and beyond using the environment, magic, and armaments.

A faithful priest of the Orthogonal order, exiled unto death for a crime in defense of another, you live again in a small boat, adrift in a swamp. A stranger ferries you to solid ground and bestows upon you vague instructions, along with a mysterious staff and book. Go forth, pious priest, alleviate suffering, uncover deceptions, and smash the eldritch perversions encroaching upon reality itself.

Coming from 3D Realms, 1C and Slipgate Ironworks in 2021.

These are the first 10 minutes of our upcoming game, GRAVEN, revealed at REALMS DEEP 2020.
As always, hit up the comments in our PS5 Forums to share your thoughts on what's being called a spiritual successor to Hexen 2 in Graven for PlayStation 5. 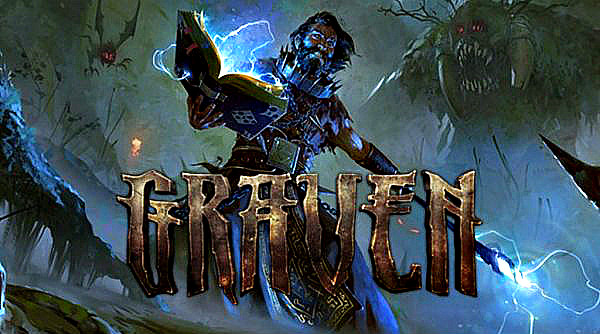 Member
Contributor
Verified
lol @NaTaS69 i was just about to post that too. at first glance it resembles Raziel

Senior Member
Contributor
Verified
This graphic on PS5? Are you kidding me? Good game but...

Member
Contributor
Verified
i'm kinda happy its not too graphically intense, id rather have a ps3 game running at 60 fps than a ps5 one running at 30