We've seen numerous Unity-based homebrew applications and games compiled as PS4 PKGs, and from the SanAndreasUnity open source recreation of GTA San Andreas in Unity project by GTA Disassembly Garage via VitaVsm today Paulo shared a GTA: San Andreas Unity Port to PS Vita Test VPK file for those with a PlayStation Vita console that want to give it a try.

According to his Tweets below, responding to a comment that it currently runs at 11 FPS he stated "We can fix that " followed by "It was easy, that team made a good job on the source files I've just follow the steps and yes, I think that almost every game made by Unity can be port to PSVita."

Here's the guide he followed from the GTA-ASM Github for those interested in doing it with other Unity-based games: Building for PS Vita

Code:
How to run GTA San Andreas Unity Beta Port on your PS Vita
Chances are it won't be long before this GTA: SA Unity open source recreation will also be ported to a PS4 Fake PKG file... any takers? 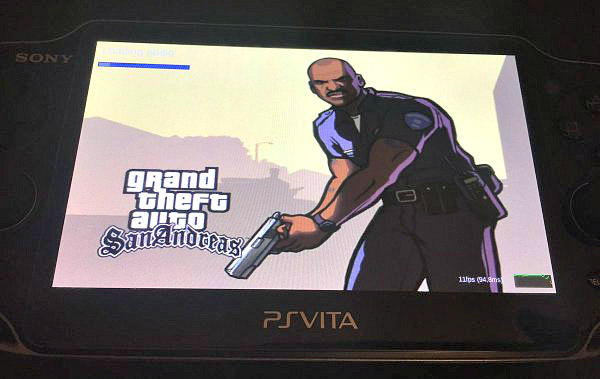 Developer
Senior Member
Contributor
Verified
What the heck, how did you do that, GTA SA is made with Rage engine, how did you port it with unity engine ?

Senior Member
Contributor
Can someone save us all some time and just build the VPK & upload it?

Member
Contributor
lol can you read?