I'm sure many of you saw the preview for this back in December. I have added a few thing since then as well as rewritten the entire thing to call natives by hash so as to not have to change a hundred addresses for a different game region (stupid decision to call them by address in the first place, I know).

However, the menu remains extremely simple because of the memory and coding limitations set forth by the code injection method I use to make this work at all. Everything is done within the payload, there is no outside tool.

The payload will also enable debug settings and spoof your firmware version to 9.99. I do plan to release some sample code for calling natives from a webkit payload in the near future. I also plan to eventually add more to this menu.

Thanks to @ombus in the PSXHAX Shoutbox and @HydrogenNGU for the heads up of this awesome news for PlayStation 4 OFW 1.76 users! 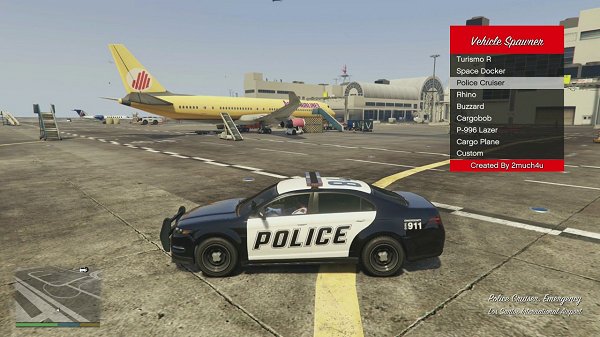 Senior Member
Contributor
Verified
i cant wait until i get enough money to buy a 1.76 ps4 i love to break sh!t your not supposed to

Senior Member
Contributor
finally you got it , kids.

Senior Member
Contributor
Verified
I wish i could get in this on my PS4 Pro 3.70.

Senior Member
Contributor
everything links back to 1.76 guess its time to buy one