Today we received word from MirowinVR of their new PlayStation VR title Guns 'n' Stories: Bulletproof debut, complete with screenshots and a PS VR release trailer from their YouTube Channel for those interested!

It's currently available for up to 70% off on their official site located at www.MiroWin.com, and here's more about the Guns 'n' Stories: Bulletproof PSVR game from the release trailer's description to quote:

The game will be available from December 7 on PlayStation Store in the Americas region and in 4 days in Europe - on December 11th.

We love games and want to make a VR-gaming enjoyable and widespread. That is why we wanted to create a simple, fun and dynamic game, in which people could fall out of reality for a short time and get fresh and bright emotions that can be experienced only in childhood. Pure fun!

Our cowboys comes from Hollywood, so they do not waste time for reloading weapons, can dodge bullets and easily deal with hordes fearsome, but invariably comical enemies. You will not be languish with the boredom and monotony of traditional westerns, because we added to the game an impressive arsenal of firearms, throwing weapons, and even futuristic weapons.

Those of you who will not skip storyline will be able to see in the game more than the "regular wave shooter." (Take advantage of this to take a breath after the heated shootings). We are sure that you will appreciate the diversity of locations, the jokes of old Bill and the driving soundtrack of the western and blues rock.

Yes, with unaccustomed you can get tired legs, hands and especially your fingers, but true immersion in another world must to respond to all our senses. Isn't it? 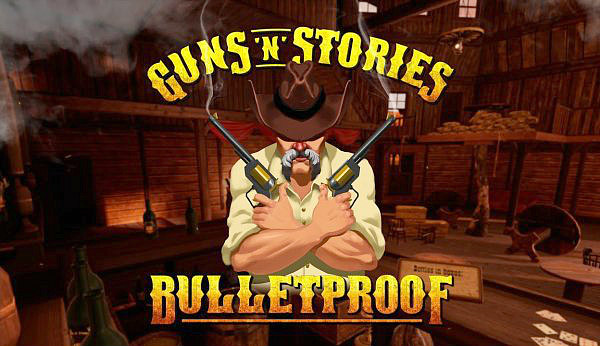