Hacking and Modding the PS4 FAQ by Hydrogen at NextGenUpdate.com

PlayStation 4 developers contributing to the PS4 FAQ include Zecoxao, Red-EyeX32, Specter and SC58 so a BIG THANKS to them also.

So today I bring you an informative thread shining light upon questions' individuals have been asking around the forums lately. This includes anything related with: backing up, Modding, Jailbreaks, Custom Firmwares, Downgrades, etc..

This will break down most of the questions we see in our everyday lives that most people ask. We'll try to get through them all, if not, just hit us up with a Private Message (PM), and i'll attempt to respond back with an answer to your question as fast as possible.

I will be updating this with more questions including the answers so this thread doesn't go dead; so until we get a new section pertaining to PS4 Mods Questions and Support. This would be in this section for a while. We have a long way to go before anything comes up that sparks the scene, but lets get straight into this!

Table of Contents
backing up Questions

Question: Is there any way to backup games yet on PlayStation 4?

Zecoxao: There is a way, and it works for non-retail consoles (mostly because they can launch elfs in a working environment with Target Manager), but the consoles need to be activated, and i'm not the person to talk about that.

Question: When do you think we will be able to backup games for the PS4 Console?

Zecoxao: Probably when someone makes an environment similar to henkaku for it, with the ability to load "packages" (which in the case of henkaku are just zips renamed as vpk) and with fselfs that can be loaded with certain flags, that allow the user to customize the app.

Question: Pros and Cons of making backing up available to us for the PS4?

Pros: You get free games, DLCs, and literally anything for free by downloading it. You also get to enjoy more games without spending a single penny on anything.

Specter: You guys realize that if backups becomes a big thing the price of games will increase right?

Question: Can we mod games on PS4 already?

Hydrogen: Yes, you can already mod on PlayStation 4 running on a 1.76 Firmware. Grand Theft Auto 5 is the only game we have seen that has been modded at the moment. RTM Tools and Mod Menus are possible by running native code; of course with the help of CTurt's work, Linux, and more stuff.

This doesn't conclude everyone can mod if they have this firmware PS4. Only a hand full of people that know how to code, and run the PS4 Developer Tools. They could actually be able to mod on the Next Gen Consoles.

Question: I heard people can mod already, i'm scared of them ruining online. Is there any way they will mod online soon?

Hydrogen: For the moment, no, you wont see people actually modding online any time soon. Reason why it wont happen for a while. One, Spoofing is considered to be in the PS4 Processor named SAMU. SAMU is a processor part of the PlayStation 4's Encryption which has a high level security in it. If we decrypt the SAMU, well that's when it would be useful on trying to figure out on a spoof method to mod online. This might take a while to figure out.

Zecoxao: Unless someone handles SAMU, there won't be any online (spoofing, passphrase keys, index.dat spoofing, etc), since everything is there, and won't get out.

Question: What games are possible to mod currently?

Hydrogen: At the very moment, we could only mod Grand Theft Auto 5. That doesn't stop it from meaning we can't mod other games. If modding can be done on one game, it can be done on any other game.

Question: How do people mod their PS4 XMB/Menu?

Hydrogen: They used the same method from the Vita Trophylist XMB Hack. It has an unencrypted SQL towards the app.db; their are more ways to do this as well.

Question: Is there any way to mod trophies yet on PlayStation 4?

Hydrogen: Yes it is possible. Kurt & Bad ChoicesZ have confirmed to us that it is possible. They had ran a small API Tool unlocking the first 5 trophies on Advanced Warfare. If you'd like to check it out, click this link: 1.76 AW Trophy Modding

Zecoxao: Well, you have the keys available on wiki to decrypt and re-encrypt the trophies. So... go make some tools

Question: When do you think we will be able to mod trophies for the PS4 Console?

Hydrogen: Well you can already mod trophies in a way. Just like Zecoxao stated above, the keys are available on the PS4DevWiki. Go make the tools if you really want it!

Question: Are we able to sync the trophies once we mod it?

Hydrogen: To be honest in my own opinion. If we'd want to sync, we'd probably have to wait to spoof online. Which you know... is inside of SAMU lol..

Question: Is there any way to downgrade yet on PlayStation 4?

Zecoxao: There is a way, which is with the official JigKick, but since nobody has access to the tools, it's unlikely it'll ever leak or show online. Also, Sony has added protection with private keys, so you need the official dongle, so no more cheap clones for you lol.

Question: Will downgrading be the same as the PlayStation 3?

Zecoxao: Maybe, depends on how different the JigKick is from PlayStation 3 to 4.

Question: Which consoles are downgradeable at the moment?

There is already different ps4 models of testkit released that people have that can't downgrade to some fw cause the model it is, but yes any testkit can downgrade or update.

Question: Is there any way to jailbreak yet on PlayStation 4?

Question: When could we be able to jailbreak our own consoles?

Hydrogen: Whenever you get yourself a 1.76, and know what you're doing or of course, someone releases a tutorial on how to do all of it.

Question: Will there ever be Custom Firmwares on PlayStation 4?

Zecoxao: In the aspect of something that is similar to TaiHEN, yes. In the coldboot aspect, no, not really (unless you consider standby booting as coldboot)

Question: How hard is it to create a Custom Firmware?

Hydrogen: Obviously it's hard wtf it would've took a day if it was that easy y'know.

Hydrogen: You could expand more modifications towards the PS4 Console of course.

Hydrogen: Well yeah of course, I mean you have modding available for games plus trophies. In addition, the "jailbreak" (quote-on-quote) is on that firmware as well. (This is only a gold firmware if you know what you're doing.)

Hydrogen: No not really, if I was you, i'd stay below 4.01 FW. You never know if someone releases something nice for later firmwares. Those are firmwares where you could see better modifications. Just use Red's PSProxy to stay lower then 4.01, and you'll be fine.

Question: Did Sony patch up the 4.01 Jailbreak Exploit?

Hydrogen: Yes they did. They patched it with the 4.06 System Update which pretty much patched all the security holes towards that exploit. In addition, they patched up more exploits with the 4.07 system update also.

Hydrogen: No, this simply gets your directory, puts its on write/read mode, and stores it in a integer (base)

Question: What is a Webkit?

Hydrogen: WebKits are an Open Source which gives Web Pages in a Browser for variety of consoles (including the PlayStation 4).

Question: Where do I find Saves?

Question: What is a Kernel?

Hydrogen: Think of a Kernel as a heart, it's the central component in a computer's operating system. This helps it by communicating with two different things at the same time. Communicates with the Application Software and the Hardware Level. (No we are not talking about popcorn you silly goose.)

Question: What is an Exploit?

Hydrogen: An exploit is grabbing some data or commands to take advantage of a bug/vulnerability creating it to do something the opposite of what it is supposed to do (in a negative way).

Question: What is the PS4's Operating System?

Hydrogen: PlayStation 4 runs on a operating system named OrbisOS with the FreeBSD 9.0.

Question: What does AES stand for, and what is it used for?

Hydrogen: AES basically stands for Advanced Encryption Standard. The US Government uses this encryption; even PS4, PS3, and the Vita!

Question: What is a GPU?

Hydrogen: This stands for Graphics Processing Unit, also known as Visual Processing Unit (VPU). This rapidly controls and changes memory to create images faster from a frame buffer useful for the output to a display.

Question: What is a packageDigest?

Red-EyeX32: packageDigest is stored at offset 0xFE0 in the package file.

Many thanks for those Zecoxao who had helped me out with this nice PS4 FAQ so we could release out for the community who have been struggling with questions to get answered. In addition, I added SC58, Red-EyeX32, and Specter since they shared some information on some of these questions before on NextGenUpdate so i'll add them in here as well.

If you have any more questions, feel free to PM so I could add them here! Also, please no arguing towards this thread. If you feel like there is a debatable answer, feel free to speak out, we'd like to hear your opinion on some things.

We hope you learned a bit off of this thread, and glad you're part of the scene with us. Lets hope to see 2017 the year to come for the PlayStation 4 Console! 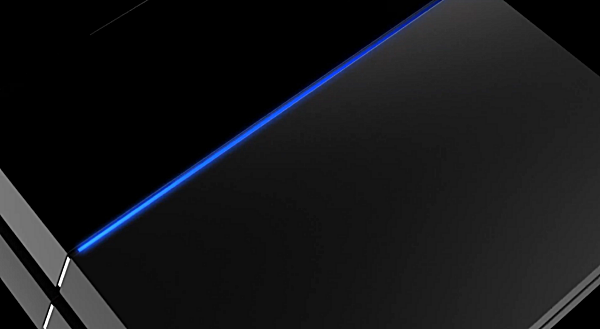 Member
Contributor
"They could actually be able to mod on the Next Gen Consoles."

Already done on the WiiU

Senior Member
Contributor
From this article, we can see that backups will never be a thing on ps4. Anyway, thanks for publishing

Senior Member
Contributor
So, no progress in jb. Thx for nothing.

Senior Member
Contributor
Verified
$60 for a game is the reason WHY people need to backup. That's a lot of money to people. $20-30 a game is reasonable, but then you get bent over for DLC addons and do not really get the whole game intended.

With the exploits patched now, there really isn't any reason not to release it to the 1% of people that didn't update their consoles.

Plus you need to update to play online which most people do. It would sell more consoles so people would have an online PS4 and a JB PS4 to maybe try before they buy for the online PS4.

Senior Member
Contributor
Maybe hackers have already sold everything to sony. So. Nothing to release

There is zero evidence of this. On PC, where backups is rampant, prices are lower because Steam is competing with backups. When the 3ds, wii, 360, ps3, etc. got hacked, prices did not increase. Given how hard it is to not update and the fact that you lose online, it is unlikely that enough people would actually bother backing up to impact game sales.

Even so, publishers will charge as much as they can, and will use anything as an excuse. We already have $100+ limited editions with extra day one DLC for half-games that don't even have single player or splitscreen multiplayer.