To quote from Guerrilla Community Manager Jeroen Roding on the update:

Today’s patch adds a difficulty level that does quite the opposite: ‘Story’ difficulty allows you to immerse yourself in the narrative of Horizon Zero Dawn and the exploration of Aloy’s world without having to worry too much about combat.

Among the most noticeable changes, ‘Story’ difficulty boosts the player-inflicted damage and reduces the player-received damage considerably, making the combat encounters manageable for less experienced players.

It is our hope that the new difficulty setting will help us welcome more players into Aloy’s quest to discover her identity and the mysteries of the world she inhabits. In addition to the ‘Story’ difficulty, Patch 1.32 includes several fixes as outlined in the patch notes.

If you have a chance to try out ‘Story’ difficulty, we’d love to hear your thoughts! We’ll have more information on The Frozen Wilds soon, but in the meantime, keep an eye on the official Guerrilla Twitter and Facebook pages for all the latest Horizon Zero Dawn related news and developments.

And from the Horizon Zero Dawn 1.32 Patch Notes:

We’re pleased to announce that Patch 1.32 for Horizon Zero Dawn is available now. This patch fixes a number of technical issues, progression issues and crashes as outlined below. This patch also adds a new difficulty setting: Story.

If you encounter an issue while playing Horizon Zero Dawn, please try reloading a recent manual save, quicksave or autosave from the “Load” menu option. If the issue persists, please take screenshots of the area where it occurred and your location on the map, and forward them to us for further investigation.

New Features
General Fixes
Progression fixes
Crash fixes
Miscellaneous fixes
Please download Horizon Zero Dawn patch 1.32 and let us know what you think. We’ll continue to work on further fixes for and enhancements to the game based on your comments. In the meantime, keep an eye on this space for the latest Horizon Zero Dawn news and updates! 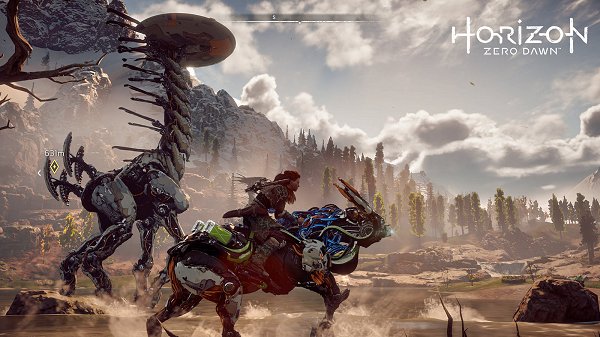