With Sony's PS4 DualShock 4 controller now officially supported in Valve Corporation's digital distribution platform known as Steam, here's a guide on how to use a PlayStation 4 DS4 controller as a PC gamepad on Steam!

To quote from Tom's Guide on How to Use a PS4 Controller on Steam:

"To get your DualShock 4 set up on Steam, launch the Steam client and click the controller icon at the top right to enter Big Picture Mode, which is Steam's console-like, controller-friendly interface. From there, go to Settings > Controller Settings and make sure "PS4 Configuration Support" is toggled on.

After that, simply plug your PS4 controller in via a microUSB cable or Sony's DualShock wireless dongle. You'll be prompted with a small window for personalizing your controller, which lets you assign a name to your DualShock 4, toggle the rumble feature and set the color, brightness and saturation of the gamepad's top-facing lightbar.

Your DualShock 4 will now be registered to work on Steam, but that's just the beginning of the fun.

If you head to Settings > Base Configurations, you can create button schemes for navigating Steam in both Desktop and Big Picture mode, as well as dictate what happens when you hold down the home button in-game. You can also create game-specific control schemes by simply launching a game, pressing the PlayStation button and selecting Controller Settings.

The amount of ways you can customize your DualShock 4 on Steam is staggering, and reminds me a lot of the fine-tuning options that Valve offers for its own, less-conventional Steam Controller. In addition to remapping every button and adjusting the sensitivity of the thumbsticks, you can also take advantage of the controller's unique touchpad and gyroscope in a myriad of ways.

Want the DualShock 4's touchpad to behave like a mouse? Go for it. How about controlling the in-game camera by simply moving the controller? You can make that happen. If you like tweaking every possible parameter when setting up your controls for games, Steam's DualShock 4 features could keep you busy for hours."

From Steam's Latest Update, to quote in part: Controller
Finally, below is a brief recap on some related Steam PlayStation 4 / PS4 Linux topics: 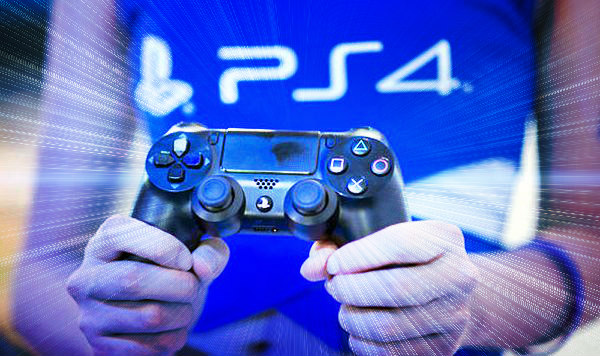 All the 2017 games I've tested (2 wireless dualshocks 4 with an usb bluetooth dongle) are now supporting the PS4 controllers. There is only one small issue, the games are showing the XBOX buttons. So you have to remember the mapping of the xbox colors with triangle square etc...

PS: That method suppose also that you are running the game from Steam app, that means that you've purchased the game ?

Senior Member
Contributor
Verified
Not only that, but programs like DS4Windows are notorious for having compatibility issues. I remember last time I tried to use these programs on Windows 10 that it couldn't put the DS4 in "exclusive mode" so it wouldn't detect the controller when playing games.

So for me it's not even the on screen button prompts that's the main attraction, but instead the increased reliability/compatibility that makes it great. Just plug the controller in and it should work without much fuss.

Senior Member
Contributor
Verified
The good news is that if Steam is now officialy suporting the PS4 controllers, the new games should display the correct PS4 buttons and no more the XBOX's one

Developer
Senior Member
Contributor
This is old news, i have been using ps4 controller on steam for months now using there full controller support

Staff Member
Moderator
Verified
Up to now this hasn't been covered here and I found it interesting... apparently the folks at Tom's Guide did also

As always, if you run across topics that interest you feel free to make a post on them too

PSXHAX said:
As always, if you run across topics that interest you feel free to make a post on them too
Click to expand...

Right and your readers are people who like to play on consoles (with a PS4 controller) AND want jailbreak/free games. That's still possible but no more on console.


SwordOfWar said:
Not only that, but programs like DS4Windows are notorious for having compatibility issues. I remember last time I tried to use these programs on Windows 10 that it couldn't put the DS4 in "exclusive mode" so it wouldn't detect the controller when playing games.
Click to expand...

When did you try DS4win ? Maybe an old version because I have ZERO issue with the last release (and I'm using wireless controllers !).

PSXHAX said:
Up to now this hasn't been covered here and I found it interesting... apparently the folks at Tom's Guide did also

As always, if you run across topics that interest you feel free to make a post on them too
Click to expand...

PFTH! Tom wh*res out to hot topics for SEO hits, and we all know it. (Same Tom from MySpace)

Why wh*res ?
A move from Tom (PC world) to the console's Joypad, another move toward the PC's. Why this PC/console war in 2017 ? Look at the editors, most of their AAA games will be released on PS4, XONE AND STEAM.

Honestly what's the difference between PC/consoles when you are playing a game with a DS4 in your sofa ? A PC dedicated for gaming in your living room is nothing more than a jailbreaked PS5, so stop that war