First and foremost, if you want 100% free US cable TV streaming with premium channels take a look HERE, HERE, HERE and HERE

while it lasts... like the original Bleem! and Napster, it probably won't be around long!

While my latest addiction is adding TV Shows and Movies on Plex Media Server (Plex PS4 FPKG) to watch from all my devices as I still don't have a 1TB MicroSD Card, since the PlayStation Vue Shutdown by Sony those who use Hulu on PS4 will be pleased to know the Hulu Live TV Streaming Service for PlayStation 4 finally launched.

To quote from their press release: Hulu + Live TV Launches on PlayStation 4

We’re excited to announce that starting today, Hulu + Live TV will be available on PlayStation 4 consoles.

PlayStation 4 users will now be able to subscribe to Hulu + Live TV, gaining access to both live and on-demand programming from channels such as ESPN, FOX, NBC, and ABC so they can enjoy all their news, sports and entertainment in one place. 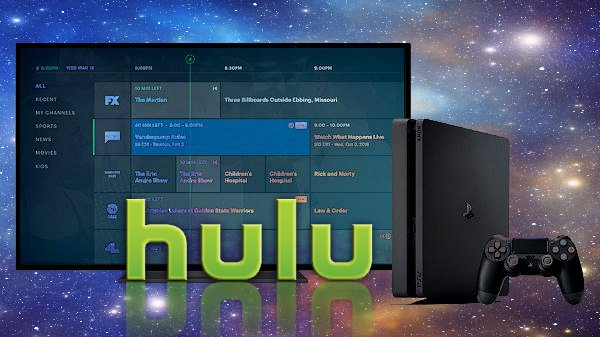 Senior Member
Contributor
Verified
Hulu does not work in my region.

Senior Member
Contributor
I need a us dns to use this.
Cant find a working one to use from the netherlands

Staff Member
Moderator
Verified
I usually use Tor Browser or TouchVPN to access sites that are region-restricted.. for the latter I've tried both the FireFox Addon and Windows 10 Version when the addon didn't work with the latest FireFox update.

Member
Contributor
Verified
I hope it will be around long enough to check it out!

Currently I am happy with Amazon Prime and Netflix as I get all the series I to watch. Didn't have much interest in Hulu. Turns out to be an expensive preposition for me.

Member
Contributor
Verified
is hulu good? we dont have it in canada