Soulborn is tentatively slated for release at the end of 2021 on PS5, Xbox Series X and PC with further details below to quote:

If you mix Zelda and The Witcher you will get SOULBORN; a story driven open world RPG-ADVENTURE based on exploration, combat and character development. The world is inspired by the NORSE MYTHOLOGY and the conflict of humans living in the absence of the fallen gods.

Play on the side of Thor’s mighty hammer MJOLNIR which came to life and TRANSFORMS into different weapons and creatures to support your journey. Level up your character, fight against a lot of different enemies, solve DUNGEONS & PUZZLES and master your abilities to defeat the ultimate beast Nidhoggr and stop the RAGNAROK.

644 years have passed since the first Ragnarok, where all the gods died, but Midgard was reborn and with-it various demigods. You are Brynjar Townshield, a Soulborn demigod and bearer of the most powerful weapon of all nine worlds: Mjolnir.

You have been robbed of your homeland, but during your journey the end blooms again. The twilight of the gods, the Ragnarok and there is nothing between Midgard and its end except you, your dearest friends and the power of Mjolnir. Let every decision count and defeat the soul-devouring beast Nidhoggr!

Midgard, a vibrant and huge open world with different biomes and many varied places to discover. Explore the beauty of Midgard, craft new equipment and potions or follow the story – it’s up to you!

You decide where to go or what to do next, but be careful – Midgard is filled with numerous enemies, like fire giants, golems and other mystical Norse inspired creatures. Transform Mjolnir into a sword, bow, or the legendary hammer at any time to defeat your enemies by exploiting their vulnerabilities.

You want to know more? Talk to a developer? No problem! Just join us on our social media channels and send us a message and tell us what you need, we are here for you, we listen! And together we will make Soulborn an unbelievable and unforgettable experience for you to play.
Soulborn - Indie Game Alpha Trailer 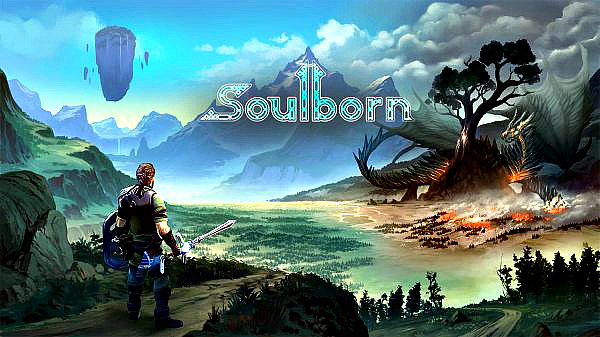 Staff Member
Moderator
Developer
Senior Member
Verified
I like the fighting style and it looks like it might have some cool puzzles to figure out also.