IPS PS4: Module to Control a PlayStation 4 via IP-Symcon by Schnittcher

Proceeding PS4 Waker, PS4 Alexa and PyWakePS4 on BT developer Schnittcher made available on Github IPS PS4 which is module to control a PlayStation 4 console via IP-Symcon home automation software.

To quote via KaiS, roughly translated: Hello everybody,

Here is a module to control a PlayStation 4 via IP-Symcon.

On the PS4 must be checked under Settings - Energy saving settings - In sleep mode available functions - Enable the PS4 from the network enabled, otherwise waking the PS4 does not work!

The following functions are available:
What else is planned?

More information about the ongoing games.

The module can be installed via the module Store.
The documentary can be found here: PlayStation 4 | Your Smart Home
Greetings,
quay

And from the README.md, roughly translated: IPS PS4

With this module it is possible to control a PS4 system via IP-Symcon. The module is still in a beta phase.

This module consists of two modules (PS4 and PS4 Dummy). The actual functions are available in the PS4 module. The PS4 dummy module is needed to link the Playstation to IP-Symcon.

Establishment of the instances

The PS4 dummy is created under splitter instances. When creating the PS4 dummy module, a multicast socket is also created and opened at the same time.

The PS4 instance is created in the object tree.

Registration of IPS on the PS4

It requires the PS4 Second Screen app on a smartphone or tablet. Open this app on the device and search for new devices on the network. Now a PS4 with the name IP-Symcon should be found (this is the PS4 dummy module). Select this entry and the app will try to connect to IP-Symcon.

Below the PS4 dummy instance there is a variable Credentials. This should now contain a longer string, copy this string and enter it in the configuration form of the PS4 module under User-Credentials.

In order to complete the registration of the PS4, the IP-Symcon module must be authorized on the PS4 system under Settings -> Settings of the connection via the mobile app -> Add device. There an 8-digit pin code is displayed. Now enter this pincode in the configuration form of the PS4 instance in the Pincode field and click the Register button.

Now the PS4 should be linked with IP-Symcon.

I came up with the idea to write an IP-Symcon module for PS4 when I saw the projects ps4-waker and python-ps4 on GitHub. Many thanks also to the two developers, who answered many e-mails.

Big thanks also to Nall-Chan, from the IP-Symcon forum, who helped me with the encryption in PHP.

Icons made by Freepik from www.flaticon.com is licensed by CC 3.0 BY

This module is free for non-commercial use, donations as support for the author are accepted here: PayPal

From the video's description: Hey everyone, it's me Nagato's Revenge and today I have a really special gem to share with you guys in this video! That's right your eyes don't deceive this is the first true method on how to boot into PlayStation Home after it's closing back in March 31, 2015. This build of PlayStation Home is a development build and is probably one of the earliest builds known to the public "0.8.9" I am truly excited to showcase this on my channel, because I was and I still am an avid PlayStation Home fan.

DISCLAIMER: This project is purely for preservation purposes, and this is just a bootable offline version not utilizing actual HDK files. Currently in this build we can only load up 3 scenes "Harbor Studio, Home Square, & Cinema". Hopefully in the future there will be further updates to this project, and perhaps we can run our favorite Home scenes. In the future there will be updates to this project, but consider this as a showcase/tutorial and a POC.

Prerequisites:
Credits:
How To Convert Your Modded PS3 From CEX2DEX! "REX 2 D-REX"
How To Run PlayStation Home Offline In 2019! (Preservation Project) Tutorial/Showcase! 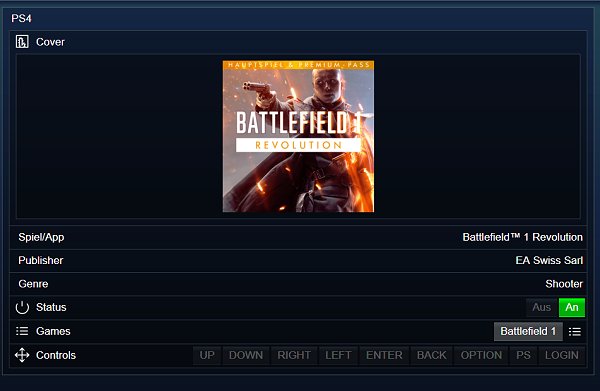 Senior Member
Contributor
Verified
I am entirely sure of what this is able to achieve?.... But... something ...Maybe my spidery senses tell me this may ?? open up the ability to play the newest games on the PS4 ?

Maybe this is the GOLDEN Goose people have been yearning for for the past year or so ? Most probably totally wrong? But my gut says otherwise.