Check out the latest Dirt 5 gameplay trailer on our PS5 Forums below, and from the video's description:

Our latest DIRT 5 early gameplay takes you to New York, with classic Ford and Peugeot rally cars battling on the frozen East River!

This Ice Breaker event by Roosevelt Island is at the dead of night, with incredible lighting, atmosphere and fireworks making for a unique racing experience. Up to 12 cars can do battle in Ice Breaker events, with multiple layouts and locations available.

DIRT 5 launches on November 6 for PC, Xbox One and PlayStation 4, followed later this year by next-gen consoles. Players on current-gen consoles are entitled to a FREE upgrade to the Xbox Series X or PlayStation 5 version, which include 120fps modes.

For the very first time, check out footage of DIRT 5 running on Xbox Series S. In this video, you're seeing our awesome rock bouncer take on a challenging Path Finder event in Italy.

DIRT 5 also utilises Smart Delivery across Xbox One, Xbox Series S and Xbox Series X, meaning you'll get the most optimised DIRT 5 experience, no matter the console you play on. Following our launch on PC and current-gen consoles on November 6, DIRT 5 will be a launch title for Series X and Series S on November 10!

DIRT 5 also launches across both generations of PlayStation consoles this year, again offering a free upgrade system across their hardware. PS5 and Xbox Series X versions of DIRT 5 include a 120 frames per second option for even more immersive gameplay.

Get a look at how DIRT 5’s extreme dynamic weather can transform a race in this gameplay video, with super-light machines racing in Morocco and battling through an ever-approaching sandstorm, which engulfs the circuit mid-race.

Land Rush events like these in DIRT 5 bring off-road terrain and extreme routes for rough-and-ready cars, available across multiple locations in the game.

Check out this latest DIRT 5 gameplay, as we head to China to take on a point-to-point Rally Raid event.

This Rally Raid event also shows off cars from DIRT 5’s Modern Rally class, including the Skoda Fabia R5 and the new Ford Fiesta R5 MKII! Trucks, buggies and many more vehicles can also participate in these events, with up to 12 vehicles on track.

DIRT 5 - launching November 6 on PS4, Xbox One and PC via Steam! Pre-order now.

DIRT 5 is also a launch title for Xbox Series X|S and PlayStation 5 in November, with next-gen enhancements including 120fps options and faster load times. Players on current-gen consoles have options for a FREE upgrade to the next-gen version!

Conquer stunning global locations. Rise to glory in a star-studded story. Tame seven decades of off-road cars. Get creative with photo mode and a livery editor. Share the fun with split-screen and party modes. Design the racing arena of your dreams. This is DIRT 5. Time to LET LOOSE.

Check out the official launch trailer for DIRT 5, giving you a taste of the amplified racing action on offer in the biggest, boldest DIRT game ever made – from truck racing through Italian marble mines, to ice racing on New York’s East River, to the returning Gymkhana events, and so much more.

The trailer also features the voice of Troy Baker, who features in DIRT 5’s Career mode as Alex ‘AJ’ Janicek. 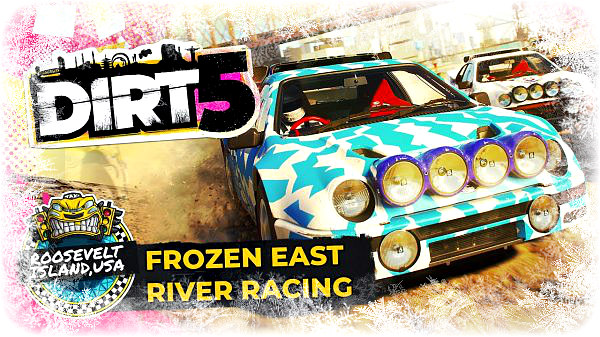 Senior Member
Contributor
Verified
like a need for speed ripoff.
and if that's the ps5 graphics pfff looks like sh!t
the cracks in the ice looks like lightning.
sorry not that great at first look

Member
Contributor
Verified
Which racing games for PS4 you liked most?

Member
Contributor
Verified
It's reminding me of NFS too much, but maybe I'll give it a try.

Staff Member
Moderator
Developer
Senior Member
Verified
I like racing games but this one does not look very good, maybe some of the other tracks will be better.