As one of the last human survivors, you find yourself stranded on an uninhabited island. With a few other victims of the crash, can you craft, mine, and build your way to survival?

Aground is a Mining/Crafting RPG, where there is an overarching goal, story and reason to craft and build. As you progress, you will meet new NPCs, unlock new technology, and maybe magic too. Will you be able to raise dragons? Launch into space?

The sky is literally not the limit. Beneath its simple exterior, Aground hides a lot of depth and surprises that will keep you wondering “what’s next?”

This story-driving, crafting heavy, 100+ hour experience can be yours today on PlayStation!

The frontier of Europa holds many lost secrets from the past, including the dark power of Stasis. Work with the mysterious Exo Stranger to harness this new power before Eramis, the Kell of Darkness, bestows it on her Fallen forces. Grow your arsenal, command Stasis, and go beyond the Light.

It's time to look at where you've been and to understand where your road leads. As your journey continues, you will carry the Light into the Darkness and see how much farther there is to go. Eyes up, Guardian – Darkness is here, and a new era is nigh. Play today.

The Primal Update includes powerful new loot modifiers and a substantial upgrade to endgame activities—all for free. Thank you for playing.

Aperion is on the precipice of ruin. You are the last of the Valorian knights. Godlike warriors able to equip Valorplates, legendary armor sets that transform wielders into unstoppable masters of melee combat.

Tear through foes as you climb through the elemental realms and challenge the mad god, Macros who awaits you at the top. Ascend in Godfall, the first-of-its-kind, looter-slasher, melee action-RPG.

Be the next one! From February to August 2021, 12 online trials will be held to select the most promising drivers in WRC 9. This first phase of the competition will be open to drivers from 17 to 26 years of age, and will be played exclusively with the new M-Sport Fiesta Rally 3. The winners of each of the 12 trials will qualify for one of the six continental finals.

At the end of the finals, the 7 best drivers, including at least one woman, will be enrolled in an exclusive FIA training and practice program. For the best of them, the adventure will continue with 2 seasons in the FIA Junior WRC!

What is the Technical Test? We need your help to stress test: the servers, online match-making, cross-platform play, cross-generational play, as well as gather feedback on gameplay.

You can sign up at TheShow.com/TechTest on February 10. The Technical Test will be closed, so we ask that you read rules before signing up and we will see you on the servers soon. Limited spots available for Xbox platforms. So please sign-up early.

Join developer Torn Banner Studios as they dive into what players can expect from their exciting 64-player medieval first person slasher Chivalry 2!


MLB The Show 21 - March straight to the Postseason with Coach and Fernando Tatis Jr. PS5

Let Tatis Jr. and Coach teach you how to take the fast track through the regular season with MLB The Show 21's March to October mode.

It's a jungle out there. Let's get a little WILD. The cavalry arrives in Season Two of BlackOpsColdWar on February 25.

Hawkeye's story brings us face to face with a possible future where all hope is lost. With his bow and sword at his side - and the help of the rest of the Avengers - Clint must stop an invasion that would turn the world to ruin.

KeyWe is a cute, co-operative postal puzzler starring Jeff and Debra, two small kiwi birds working in a fun and frantic mailroom. With no hands to help them, they must jump, flap, peck and butt-slam their way across an interactive landscape of levers, bells and buttons to get those messages delivered on time.

Latest free update to No Man's Sky, Companions, lets you befriend and adopt the weird and wonderful creatures you find in the universe. Available NOW. 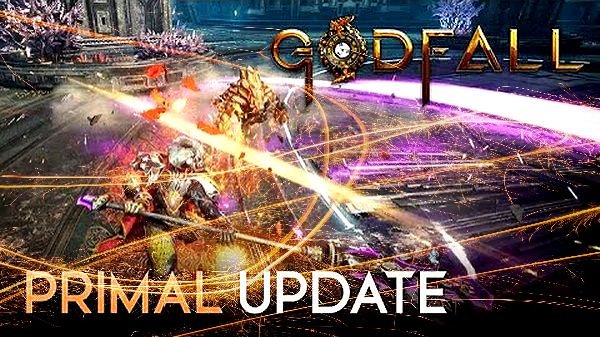