Tricks, jumps and crazy off-track races. This is the Skatepark, guys. Have a look at the new HotWheelsUnleashed Environment!

A top-down adventure game in a coloring book world full of vibrant characters. Use painting powers to explore, solve puzzles, make friends, and draw on anything! From creators on Wandersong + Celeste.

Salt and Sacrifice is the upcoming follow-up to the hardcore action RPG platformer, Salt and Sanctuary. Explore a new era and region, as well as a new role: a Marked Inquisitor.

A Marked Inquisitor is a criminal condemned, yet spared the hand of justice in exchange for a lifetime of service in the unending war against Mages: twisted, irredeemable creatures of elemental malice.

your way to defeating the Dragon Lord

A new threat is coming from above... 🛰 Season Four is landing into BlackOpsColdWar and Warzone on June 17th.

Mayhem Brawler is an urban fantasy themed beat 'em up that brings back the 90s arcade vibe to the present day. With comic book style art and kick-ass soundtracks, it offers a unique experience that you can tackle solo or as co-op with friends while defining the next step in the story with your choices.

Two Point Campus, the sequel to the critically acclaimed management sim Two Point Hospital, is coming to PlayStation 4 & 5 in 2022!

In Two Point Campus, you’ll be tasked with building and running your very own campus environment, where the decisions you make will shape the lives of the students you enrol and the staff you hire.

For the first time, build in the great outdoors as you develop your very own campus grounds, buildings, and surroundings. Lay down dorms, pathways, hedgerows and more with new easy-to-use creative tools. The only limit is your imagination (and your in-game bank balance).

Head to twopointcampus.com, where you can also sign up for County Pass, which gives you a free coveted in-game item at launch!

Shipwrecked on a mysterious space station, you’ll need to recruit a team of heroes and protect your crystal against never-ending waves of monsters. Or die trying, get reloaded, and try again!

Together with expanded construction and more customization options, the result is an even bigger, better and authentic Jurassic World game. Jurassic World Evolution 2, Coming 2021.

Giants Are Coming! Prepare vikings, on July 27 Tribes of Midgard will launch on PlayStation 5 and PlayStation 4. Pre-order now to be among the first to defend the seeds of Yggdrasil in this 10-player co-op action survival RPG developed by Norsfell and published by Gearbox Publishing.

Your first look at the gameplay of Evil Dead: The Game is here! Narrated by the one and only Bruce Campbell himself.

Deep underground, something evil has awakened. Descend into the underworld in The Dark Pictures Anthology: House of Ashes, coming to PS4/PS5 on 22 October 2021.

Last Stop is coming to PS5 and PS4 on July 22. A single-player third-person adventure set in present day London, you'll play as three separate characters whose worlds collide in the midst of a supernatural crisis. What connects these three strangers? Where will fate lead them?

From the creators of Hyper Light Drifter, check out this all-new gameplay clip from Solar Ash, coming to PS5 and PS4 later this year.

The Persistence Enhanced is out now on PlayStation 5! Fight to save a doomed deep space colony starship infested with murderous clone printed mutations of the former crew.

Gather resources, upgrade your abilities and unlock an arsenal of weaponry on each run as you repeatedly head deeper and deeper into the 'The Persistence' to repair the systems and prevent the ship from being torn apart by a black hole.

The Enhanced edition brings improved lighting and particle effects and the addition of Dynamic 4k Performance and Raytracing Quality modes for PlayStation 5, which also includes immersive haptic feedback via DualSense.

The Enhanced Edition is available as standalone paid digital download and as a free upgrade for existing owners of The Persistence on PlayStation 4.

Battlefield 2042 is a first-person shooter that marks the return to the iconic all-out warfare of the franchise. Adapt and overcome in a near-future world transformed by disorder.

Your job? Bring back samples of a crystal with particularly unique properties; the so-called "Dolmen". These crystals are capable of allowing interaction between realities, revolutionizing space exploration and changing the known world forever.

Surviving is the last thing this world wants you to do. Will you see your timeline erased or will you overcome the challenge that awaits you?

Paris is burning and in dire need of a miracle. Join the Revolution as Aegis, fight against this reign of terror and try to change the course of history!

Revealed: The Virtuous Cycle enwraps you. Coming this summer to PS4 & PS5. All explained in due time.

During the Guerilla Collective, independent publisher Wired Productions and game developer Nosebleed Interactive welcomed viewers to the King Wash Laundry, the launderette at the centre of Arcade Paradise.

In the recently discovered VHS cassette instructional training video, King Wash Laundry outlines exactly what is expected from employees, from cleaning clothes to throwing out the trash... but wait, what's this message about an arcade?

Following the mantra of "Play, Profit, Purchase", you will be on your way to building the ultimate arcade.

Sherlock, this personal mission that brought you here - you know it's nothing but pain and madness. But it's not so far from what's already on your mind.

Sherlock Holmes Chapter One is coming to PS5 and PS4 in 2021. Wishlist the game now!

As the threat grows, our Operators rise to meet it. In Extraction, Rainbow Six has been united under REACT. Their mission: learn about the enemy, stop its spread at all costs… and leave no one behind.

Hibana has gone Missing in Action. See Operators Ela, Lion, and Nomad, under commands from Eliza "Ash" Cohen, mount a daring rescue mission, as they use intel, teamwork, and improvisation to save one of their own from a dangerous new enemy. Who's Got YouR6?

Discover the next evolution in music learning - Rocksmith+! Register for the closed beta today.

Rocksmith+ is the future of interactive music learning. It’s a new subscription service that teaches anyone how to play guitar and bass through their favorite songs, and it builds upon the award-winning Rocksmith method and innovative practice tools developed by Ubisoft San Francisco, which has helped almost 5 million people learn how to play guitar.

With improved state-of-the-art note detection, real-time feedback, practice tools designed to give you control, all-new personalized recommendations and a vast and ever-expanding library of songs with master recordings, Rocksmith+ is the premier music-learning software.

Take on the lethal and evolving Archaen threat in Rainbow Six Extraction. New gear, new abilities, new strategy. Team up with friends in 3 player co-op, and work together to learn and overcome Rainbow Six’s most dangerous enemy to date.

And if one of you goes down in the containment zone, it’s up to you and your teammates to mount a rescue and make sure everyone gets out alive. Who’s Got YouR6?

Escape isn't an option from Yara. Watch as Giancarlo Esposito plays the most powerful FarCry villain yet.

Get ready to join the madness! Game releases on 2nd September 2021. Register now for a chance to play in upcoming betas!

Learn more about the intense world of Riders Republic with this new gameplay trailer. Grab your skis, snowboard, bike, or wingsuit and explore an open world sports paradise where the rules are yours to make- or break.

For the first time in franchise history - become the villain.

You are Vaas. You are Pagan Min. You are Joseph Seed. Play as past villains with the FarCry6 Season Pass. Watch now and learn more.

The next evolution of World War Z is coming in 2021.

First-person mode and much more

Godfall leaps onto PlayStation 4 for the first time. Flanked by a new expansion, Fire & Darkness and the free Lightbringer Update, this is the best time to ascend in Godfall. All content shown launches August 10 and comes to PS5 and PS4.


Martha Is Dead Tale of the White Lady PS5 Trailer

Have you heard about the 'White Lady'? Italian folklore says she was a drowned maiden, murdered in a fit of jealousy by her lover. A tortured soul whose one goal is to seek a moment’s relief by dragging others into the water to suffer the same fate... It’s 1944, and the body of a woman has been found, drowned and desecrated, by the side of a lake in the depths of the Italian countryside.

Martha is dead, and now her twin sister must deal with the fallout from her murder, whilst the horror of war draws ever closer... Martha Is Dead is a first person thriller created by LKA and published by Wired Productions the team behind award winning ‘The Town of Light’.

It merges the beauty of the Tuscany countryside with the encroaching ugliness of war to create a psychologically impacting story based on real history, superstition, darkness and dreamscapes. 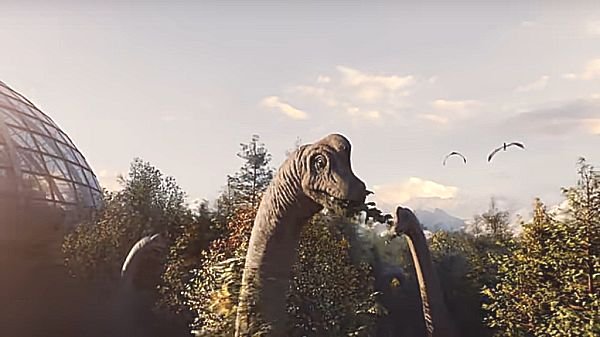