Since the previous batch of PlayStation 5 videos, here's the latest PS5 Game Trailers spotlighting the tactical adventure Miasma Chronicles for those in the PS5Scene to check out below.

Survive the perils of a strange planet to find your way home!

Inspired by the unforgiving challenge of old-school classics, Rage Among the Stars is a throwback to a harsher time in gaming. Featuring 40 rage-inducing levels packed with devious traps, near impossible jumps, mighty bosses and fewer checkpoints than you’d probably like, everything is fine-tuned to immerse players in the “rage game” experience.

The result is an immense sense of accomplishment in completing each level. Rage Among the Stars for PS4 and PS5 launches on May 10th.

Enter a realm that blends ancient mythology with traditional oriental aesthetics in Sword and Fairy: Together Forever, the latest mainline entry in the nearly 27-year-old RPG franchise!

Weaving its tale between the three clans of Human, Deity and Demon, Sword and Fairy: Together Forever puts you in command of a memorable party of characters, each with unique personalities, motives, skills, strengths and weaknesses.

Only together can they shape the future! Guide them as one in this compelling standalone chapter that serves as a jumping-on point for those new to Sword and Fairy while paying tribute to the series' grand legacy.

Sword and Fairy: Together Forever will be available this Summer for PS5 and PS4.


This War of Mine: Final Cut Launch PS5 Trailer

This War of Mine: Final Cut available now on PS5. The ultimate edition contains great number of expansions in 4k remastered visuals: new scenarios, new civilians, new locations. The DLCs in All Expansions Pack have been remastered too.

In This War Of Mine, you do not play as an elite soldier, rather as a group of civilians trying to survive in a besieged city; struggling with a lack of food, medicine and constant danger from snipers and hostile scavengers.

During the day you need to focus on maintaining your hideout: crafting, trading and taking care of your survivors. At night, take one of your civilians on a mission to scavenge for items that will help you stay alive.

MONSTERS. ARE. REAL. Suit up solider for OperationMonarch dropping tomorrow in Warzone.

The streets of Gotham are under new protection.

In this first reveal of Nightwing and Red Hood’s official gameplay, get a closer look as these Knights seek to uncover the mysteries around the elusive Court of Owls while putting a stop to the various factions attempting to exert their own control over Gotham City.

Through these Knights’ distinct abilities, fighting styles, traversal, and team up opportunities, how will you Step into the Knight?

Take a look at our new making-of Flintlock focusing on Art Direction and the creation of our world ! Your battle begins now!

Take a look at the making-of Flintlock: The Siege of Dawn as A44 Games pull back the curtain on what it takes to build a world worthy of the gods. Join Art Director, Robert Bruce, and Principal Environment Artist, Steven Chen, as they share details of the rich and vibrant backdrop to the upcoming action-RPG. Your battle begins in 2022 on PlayStation 4 and PlayStation 5.

Soundfall is available now worldwide on Playstation 4 and 5 with cross buy!

Get the Saviors Battle Pass and fight your way through Daily and Weekly Challenges to earn over 100 new rewards like Legendary skins for Fuse, Bloodhound and the C.A.R. SMG, Epic sets for Pathfinder, Mad Maggie, and Newcastle, reactive skins for the Spitfire LMG and more!

Or unlock the Battle Pass Bundle to instantly receive the first 25 levels and defend what you love in style! Apex Legends is a free-to-play hero shooter game where legendary characters battle for glory, fame, and fortune on the fringes of the Frontier. Play for free now on PlayStation 4, PlayStation 5.

Here’s everything you need to know about the new OperationMonarch Limited-Time Mode from Raven Software.

Embark on an adventure of magic Talismans to save your sister from a curse! Infinite Links has arrived to PS5 and PS4!

Talismans are magical items that contain great power, even with some that can grant any desire. Kronos, a boy training as a wizard, and Serene, who consider one another as siblings, become enveloped in a Talisman conspiracy. Will they be able to save themselves and the world from the threatening danger?

Equip Talismans to the Skill Board to acquire skills and fatal moves to turn the tides in turn-based battles. Forging and upgrading weapons, armor and Talismans from materials will grant you additional advantages.

There are also strategic elements with battle formations and traps, and not to mention the variety of quests, arena and monster achievements that await as challenges in this fantasy RPG!

The Centennial Case: A Shijima Story is an immersive mystery-adventure game. The player follows a chain of murders which take place over the span of a century. Four murders have been committed in three different time periods - 1922, 1972, and 2022.

Each episode is comprised of three parts, the Incident phase, the Reasoning phase, and the Solution phase, inviting the player to seamlessly enter into this world of mystery. Explore these time periods, collect multiple clues, and solve a 100-year mystery. The Centennial Case: A Shijima Story is now available on PlayStation 5 and PlayStation 4!

Photo Mode makes it easy to bring your vision to life. Capture Colt in the middle of the action, snap a scenic panorama of Blackreef, or flex your portraiture skills shooting the Visionaries. With a wide selection of camera tools, character poses, filters, stickers, and frames, the possibilities are endless.

Share your love of Deathloop by changing your PS5 avatar to Colt, Julianna or one of the Visionaries! As part of Game Update 3, this collection of 9 avatars is available for free to all PS5 users. If At First You Don’t Succeed... Die, Die Again.

AVAILABLE NOW! Dog’s Donuts is a physical-based puzzle game where you control a machine that shoots donuts. Make the right adjustments and find the better way to feed this adorable husky.

Use shovels, drones, springboards and many other crazy machines to feed the puppy. In this challenging puzzle game, you can complete the levels in many different approaches, creating a varied gameplay.

Make great use of the game physics and don’t let the dog wait too much for the donuts. This game was developed by Robotizar Games and published by QUByte Interactive.

The brand-new crisis event starts today. Nightmare Fog is a free limited-time mode available from 12th May to 2nd June!

Team-up, make your way through the fog and destroy the Toxic Tree while managing your Neurotoxin level. Good luck, Operators!

We are thrilled to welcome actor Billy Boyd into the world of Tamriel! Check out this behind-the-scenes video to learn more about Boyd’s character Brahgas, the affable Wood Elf who helps introduce players to ESO’s new deck-building card game Tales of Tribute - coming as part of the High Isle Chapter.

DLC characters Geese Howard, Billy Kane, and Ryuji Yamazaki join KOF XV on May 17th! They also include an EXTRA costume for your enjoyment!

Evil Dead: The Game is Out Now on PS5 and PS4! Grab your Boomstick and join Ash & his friends. Or swallow some souls as the Kandarian Demon!

Leysha is a seeress, with a reputation within the Boston court for being able to see the future. But the thing she's trying to recall is her past. The years have not been kind to her but provided she has her daughter Halsey, then nothing can stop her.

Learn more about Leysha in her character spotlight as the devs go into what it was like creating this unique character.

Leysha is one of the 3 playable characters in Vampire: The Masquerade - Swansong, a narrative RPG where your choices define the fate of Boston coming to PlayStation 4 and PlayStation 5 on May 19th.

Pre-order digitally to receive the full game Vampire: The Masquerade - Coteries of New York and the Alternative Outfits Pack in-game.


MultiVersus You're with Me Official Cinematic PS5 Trailer

What in the MultiVerse is going on here?! Big news for all our MVPs, Open Beta is on the horizon! See you in July. Sign up today to play in the Closed Alpha starting May 19!

In MultiVersus, the Multiverse is at your fingertips as you battle it out in intense 2v2 matches. Up against Batman & Shaggy? Try using Bugs Bunny & Arya Stark! This platform fighter lets you play out your fantasy matchups in a fun co-op or head-to-head fight for supremacy.

MultiVersus is an all-new free-to-play, platform fighter videogame. With an ever-expanding cast of iconic characters and legendary universes, MultiVersus will feature multiple online modes, including a team-based 2 vs. 2 format, 1 vs. 1 matches and 4-player free-for-all, along with upcoming content-filled seasons.

Read the runes, see the future! You are the Diviner, an enigmatic fortune teller using ancient runes to discern the future even as the technology of a cyberpunk metropolis surrounds you.

Converse with your clients to learn their stories, then arrange the runes they’ve drawn to decide the responses you give them. Good or bad, these answers hold the power to stir the fate of humans and robots alike, to change the outcome of this tale in meaningful ways, to deal in death or help your clients avoid it.

The decisions and consequences are grey, requiring your intuition as Diviner to bring an end to the madness of a despairing populace. The cyberpunk visual novel Divination for PS4 and PS5 launches on May 18th.

Experience the spiritual nightmare of TheChant coming Fall 2022 to PS5.

Long ago, the people of the Systres Archipelago once stood united against any threat to their island home. However, the isles have grown fractured under the rule of opposing Breton noble houses, and now a mysterious new order rises from the islands’ shadows.

Learn more about the history of the Systres and those who stand against the ascending threat before you encounter them yourself in ESO’s upcoming Chapter, The Elder Scrolls Online: High Isle.

From the creators of Mutant Year Zero: Road to Eden comes a beautifully crafted tactical adventure you won’t forget. Embark on a quest across a post-apocalyptic wasteland torn apart by a savage force known only as the ‘Miasma’.

After an ancient artifact falls into the wrong hands, the retired crusader Theoderich von Akenburg has to take up arms again and lead his valiant squad across Europe and the Middle East to get to the remaining relics first.

Embark on a journey of brotherhood and redemption in The Valiant, a squad-based RTS set in 13th Century Europe and the Middle East. Command and level-up your medieval knights as you fight through an epic single player campaign, then take your skills online in both cooperative and competitive multiplayer modes.

A veteran of the Crusades, an ancient artifact and the temptation of power. The hour of reckoning is drawing near – will you be able to save the world from your former brother-in-arms? Mark thy lists, because squad-based RTS The Valiant is coming soon to PlayStation 5 and PlayStation 4! 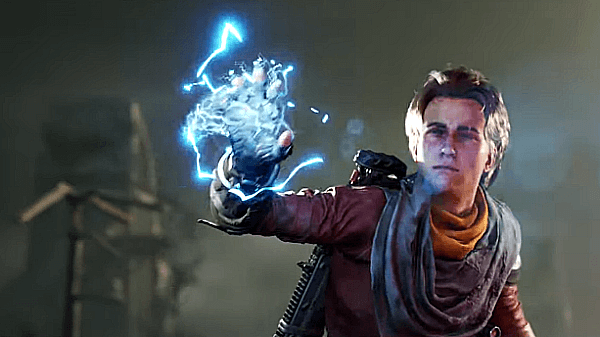 VIP Member
Senior Member
Contributor
Verified
I thought the ps5 would have better releases, there seems to be no great games arriving