Since the previous round of videos, in PlayStation 5 News today comes a fresh batch of PS5 game trailers featuring Bandai Namco's upcoming single-player episodic story-driven title Mobile Suit Gundam: Battle Operation Code Fairy for those in the PS5 Scene to check out below.

The official trailer for The Jackbox Party Pack 8!

Would you confront the monster – or run away? In the second part of this exclusive interview, Ashley Tisdale shares her own strategy to survive.

Your mission: Stop the undead army with a new set of skills...

Red Ronin is a Tactical Turn-based but fast paced with real time and dash 'n slash game where a bloodthirsty ronin and her companion bot searches for revenge. The game brings a lot of simple movement concept mixed with creative puzzles that increasing complexity during the game.

Red is a swordsman who decides to get revenge on her former teammates after being abandoned on a complicated mission. The task will not be easy, as your targets are protected by numerous violent thugs.

To reach her goal, the assassin enlists the help of Isaac, a robot that provides tactical support during incursions. As usual, there is more to the initial premise and the story is gradually deepened.

Godstrike, the Deity-slaying bullet hell where time is a resource, is now available on PlayStation.

That's right - Treyarch in partnership w/ SHGgames is bringing zombies to Vanguard! Get exclusive BTS footage of everything you need to know from story, skills, and more.

Operation: Tango releases a free content update for all players! Take on the new challenge mode, earning medals according to your speed, and truly putting your communication skills to the test!

The update is available now across all platforms and is completely crossplay with a free Friend Pass.

Imola is back since 2013 and we celebrate it together with a new Sports update, including the special white livery from Red Bull Racing.


Doctor Who: The Edge of Reality Launch PS5 Trailer

Travel in space and time, face the Doctor's greatest enemies and experience an unforgettable narrative adventure in Doctor Who: The Edge of Reality, out now on PS4 and PS5.

Discover Battlefield Hazard Zone – A tense, squad-focused survival experience combining edge-of-your-seat gameplay with the best of the Battlefield sandbox. Inserted as a four-member squad, you must locate and retrieve critical Data Drives scattered throughout the battlefield, while competing against opposing squads with the same objective and local militias.

Succeed by gathering the Data Drives and choosing when to extract before a storm overtakes the area in this high-stakes, one-life experience. Every bullet, every skirmish, and every decision counts.

Hockey’s biggest stars react to their EA SPORTS NHL 22 ratings, and some even learn which of the all-new Superstar X-Factors were inspired by their playing style and signature moves.

Powered by Frostbite, EA SPORTS NHL 22 is as much of a superstar as the players on the ice in the most realistic hockey gaming experience yet. For the first time ever, experience hockey on one of the industry’s most powerful game engines, bringing unrivaled visual detail to every hit, deke, and shot.

Superstar X-Factors lets you feel the personality and power of NHL superstars with an all-new ability system that unlocks the unique skills of the league’s most elite players. Authentic to real player skill and style, the stars of the NHL truly come to life in NHL 22, making their time on the ice more influential than ever.

Vanguard drops on Nov 5th with:

Blast off for out-of-this world platforming antics in Crazy Gravity, a side-scrolling action game where gravity can be your worst enemy or your greatest ally! Take the role of a little astronaut lost in space.

Your primary objective is to energize your rocket and return home, but to do that, you’ll need to make your way through brain-teasing obstacles and collect the necessary resources.

Gravity always pulls slowly downward, but by flipping, the little astronaut can control which way is down! Use gravity reversal to navigate platforms and avoid hazards, reach power switches or keep yourself suspended mid-leap.

It’s a challenging experience that will make you think dynamically, a tough yet accessible journey for all ages spanning 30 cosmic hand-drawn levels! Crazy Gravity launches this week for PS5 and PS4.

A massive open world playground is calling. Riders Republic launches on PlayStation on October 28 – try the game for free from Oct 21-27!

Play and complete limited-time event challenges and modes to unlock event exclusive rewards, a new weapon, and more than your fair share of scares — The Haunting arrives tomorrow.


World of Warships: Legends A Light in the Dark PS5 Trailer

Welcome to the spooky season! Dive straight into the latest installment of Halloween shenanigans: A Light in the Dark event. The world will need you to step up alongside valiant commanders to save it from malicious Rasputin and his hordes of minions!

A massive open world playground is calling. Riders Republic launches on PlayStation on October 28 – try the game for free from Oct 21-27!

Become Sherlock and discover the tools at your disposal to track down and crack your suspects. Sherlock Holmes Chapter One is coming to PS5 on November 16th. Preorder now and claim a free game!

WRC 10 has conquered the heart of sim-racing enthusiasts all over the world. Critically acclaimed by the press and rally players alike for its fantastic stage design, career mode and driving experience!

WRC10 is now available on PlayStation 5 and PlayStation 4, it's first free content update will be live on October 21, 2021!

The 3D platformer with a lot of attitude! Get ready to take over the demon turfs and face the Demon King when Beebz makes her way to PS4 & PS5 on 4th November 2021.

Get ready to deploy with Noisy Fairy!

Flowers bloom even in the flames of war. Explore an untold story of battle operation in MOBILE SUIT GUNDAM BATTLE OPERATION Code Fairy!

Not all witches are wicked. Never-before-seen powers have arrived in the Fog. Haunted by the passing of her father, new Survivor Mikaela Reid found comfort in the unlikeliest of sources: horror stories.

The more she read, the more she also wrote, sharpening her own tales of horror while developing a keen interest in witchcraft. After receiving an invitation to read her work at the renown Endless Halloween Festival, Mikaela found herself plagued by a series of disturbing events.

Recurring nightmares. Strange visions. The disappearance of a friend. When she finally took to the stage on All Hallow’s Eve to tell her tale, a thick black Fog engulfed her to the audience’s amazement. Mikaela Reid was never seen again.

The Hour of the Witch Chapter is available now in Dead by Daylight. Buy it to unlock the exclusive item: Mikaela’s Crescent Camisole.

Jump into Discovery Tour: Viking Age and get a unique interactive experience where you learn about the history, traditions and famous characters of the Viking era.

From Norway to England and the mythological Viking realms, get immersed like never before in the daily life of the Vikings and Anglo-Saxons. 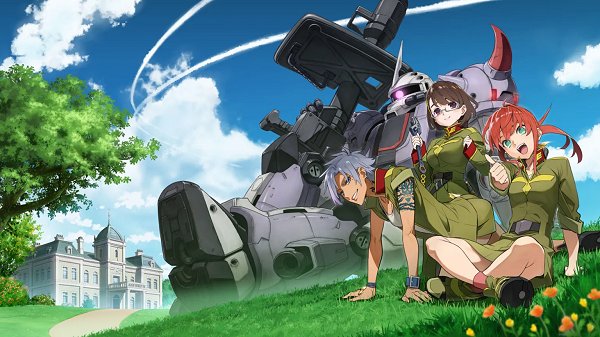 Member
Contributor
Verified
What a line up! I literally still have chills, thinking what this generation has done for games. Dr Who is going to be epic!