A dystopian isometric adventure, following a lonely office worker as he attempts to return home in the face of impossible odds. Experience a remarkable journey expertly brought to life with gorgeous visuals, crafted and tailored by VFX experts.

The Season of Envy in HITMAN 3 starts on September 28 with Act 6 of the Seven Deadly Sins. Go deep into the mind of an envious Agent 47. Compete to be the best in Mendoza, and unlock new sin-themed items and suit to show off your green-eyed envy.

Hilarious and sugary fights based on physics on the local and online party multiplayer, A Gummy's Life, where death by chocolate is a very real possibility!

Tons of levels with various game styles and mechanics, many characters to choose from and tasty taunts to rub your victory in your opponents' faces!

From comedy to horror – in Part 1 of this exclusive interview, Ashley Tisdale talks about her experience playing Rachel King in HouseOfAshes.

The Companions of Disciples: Liberation' introduces players to a handful of the unique and morally dubious individuals whom they will be able to get to know, recruit, and even romance, if they so wish, as they fight and loot their way across the war-torn world of Nevendaar.

The new generation console version comes with a ton of performance improvements around framerate, resolution, shaders, and more.

These improvements not only benefit the moment to moment gameplay experience, but also allow for more complex vessels to be designed and more intricate missions to be orchestrated. Also… now with full mouse and keyboard support!

Lead the Kurotsuba Clan against the encroaching Akatsuchi Empire in this stealth action-adventure. Aragami 2 now available on PlayStation 4 and PlayStation 5.

Lost Judgment is out now for PS5 and PS4!

Join street-fighting detective Yagami and his ex-yakuza partner, Kaito as they attempt to unravel a series of mysterious cases in the city of Ijincho, Yokohama.

Crypto is back with a license to probe! Destroy All Humans 2 – Reprobed is coming soon to PS5.

Take revenge on the KGB for blowing up your mothership. Disguise yourself as a human and read their minds to gain intel and infiltrate their society. Cause wide-scale destruction with your UFO all over the planet.

But be warned – you’ll have to form alliances with members of the very species you came to enslave.

Perform a sweep with Pulse's HB-7 Cardiac Sensor to locate parasite nests and hot zones, even through walls. When upgraded, squadmates within range of the sensor will move faster!

In Rainbow Six Extraction, you can advance your Operator's gear, weaponry, and unique ability in entirely new ways.

Here we go! Some of the Premier League’s biggest summer signings including Cristiano Ronaldo, Romelu Lukaku, Ibrahima Konaté, and Jack Grealish are CONFIRMED as FUT 22 Ones To Watch!

Ones To Watch celebrates the transfer window’s biggest movers with dynamic items that have the potential to upgrade all season long in FIFA 22 Ultimate Team based on how players perform for their new clubs.

FIFA 22 releases October 1, 2021. Pre-order the FIFA 22 Ultimate Edition before October 1 and get an untradeable Ones To Watch player!

Demon Slayer - Kimetsu no Yaiba- The Hinokami Chronicles launches in the West for PlayStation 5 and PlayStation 4 on October 15!

This latest trailer provides insight into the explosive action and drama the series is known for, including the first real look at how the events of the Mugen Train Arc are presented in the game. That includes one breathtaking cliffhanger...

This is a homage to the legendary driver Ayrton Senna. An expansion inspired by the greatest moments of his career. 🏎🌧

Play SennaForever on your PlayStation on October 20th.

Welcome to the world of Chorvs and our latest trailer which introduces you to the story of ace pilot Nara, a fugitive on a quest to destroy the dark cult that created her, facing her haunted past along the way.

Along with her sentient starfighter Forsaken, Nara explores ancient temples, engaging zero-g combat and fighting to unite the resistance forces against the cult (known as the Circle) and their leader, the Great Prophet.

The trailer highlights Nara and Forsaken’s deep bond and redemption arc to overthrow the cult via intense cutscenes; the epic space adventure across the galaxy, with various quests and a rebellion lead; and the kinetic spectacle of intuitive space action combat through manoeuvres, powers and weapons.

Pre-order and receive the Elder Armor skin set. Resplendent in gold and purple livery, reserved only for the most exalted members of the Circle, the Elder Armor harks back to Nara’s military past. This cosmetic pack can be applied to Forsaken as well as all three of the starting weapons; the Gatling Gun, Missile Launcher and Laser Cannon.

HITMAN 3's Season of Envy has started and brings the penultimate Act of the Seven Deadly Sins. Go deep into the mind of an envious Agent 47 and compete to be the best in Mendoza in Envy Escalation: The Envy Contention. The Season of Envy also features a new HITMAN 3 Elusive Target, a lot of new unlocks to make other players envious of your loadouts and more. Get ready to be second to one.

Lemnis Gate is the revolutionary turn-based combat strategy FPS taking place in a time loop. Harness the abilities of powerful operatives and compete in mind-bending 4D battles as you disrupt the past to change the future.

Play as a tiny sugar glider as you embark on a high-flying journey to save your family in your very own nature documentary. Out now on PlayStation 4 and 5!

Explore the inner recesses of the most terrifying place imaginable, your own mind. In Sound Mind is available on PlayStation 5 now!

In Sound Mind is a psychological horror game where players will uncover the truth of what has happened to the town and Desmond Wales’ patients while trying to hold onto his own sanity. Solve puzzles, fight unique bosses, and experience a series of haunting memories.

In the streets of Yara, guerrilla fighters will seize any opportunity to oppose the regime... even when this opportunity happens to be a punk rooster wrecking havoc in the city. Follow Chicharron in his crazy chase.

Dive into the combat of Marvel's Guardians of the Galaxy and learn about the unique roles and abilities of Star-Lord and his team.

See how you can interact with the Guardians in exploration, make choices to shape how the story plays out, and customize the team by unlocking abilities, upgrades and outfits. It's a big adventure and the Guardians will be at your side every step of the way.

Adler is back. Let's finish what we've started 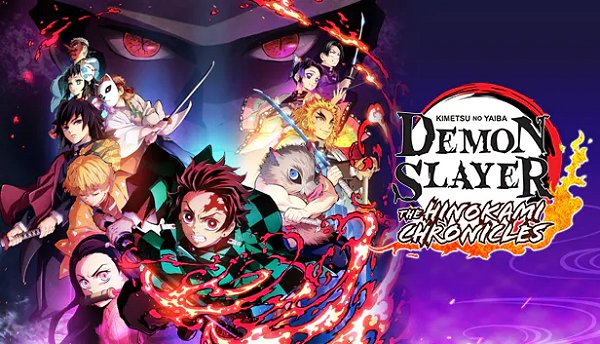 Member
Contributor
Verified
what a way to end the year

Member
Contributor
Verified
Eh, most of these games are already available for the PC. I did like the games that were teased in the PS showcase however.