Alongside the recently released God of War Ultrawide PC Trailer, here's the latest batch of PlayStation 5 game trailers following the last round in the PS5 Scene for January 2022 featuring the fast-paced online multiplayer first-person shooter LEAP and more videos below!

With 80 nominees and only one Ultimate XI, the world’s best footballers need your support. See the nominees and learn more about TOTY.

Play FIFA 22 by January 14 and get a Next Generation Player Item.

LEAP is a fast-paced, online multiplayer first-person shooter featuring epic battles with up to 60 players, each armed to the teeth. Fight for either the United Earth Defense Coalition (UEDC) or the rebel Exo-Terrans - whoever pays the most, wins your trigger finger and excessive arsenal.

Enjoy a flying lap at the Daytona International Speedway in Gran Turismo 7, coming March 4 on PS5 and PS4.

Are you a wizard with the Livery Editor? Now it's your turn to see your virtual Rodger Dodger come to life with the Hot Wheels Unleashed Design Battle!

Join the contest in game and discover if your creation will be the one selected to be replicated in the physical 2022 Hot Wheels die-cast line up!

Kick off the start of 2022 with some fireworks and hoops to celebrate Season 4 and the Year of the Tiger. Harness the Eye of the Tiger and unleash it on the courts. You’ll have to earn your stripes, so prepare for the hunt and be ready to pounce.

Every match has a story. Now that the Battlegrounds are free for everyone, what new stories await?


What Lies in the Multiverse Release Date PS5 Trailer

Welcome to What Lies in the Multiverse – a dimension-shifting, comedic adventure about worlds turned inside out through the powers of one gifted young boy and the misguided lessons of an eccentric scientist.

The new Rider Shape System will make your race even more real! Injuries will now affect your performance but you will have plenty of chances to restore your perfect shape through workouts and, of course, victories!

The Artful Escape is coming to PS5 and PS4 on January 25. A teenage guitar prodigy sets out on a psychedelic, multidimensional journey to inspire his stage persona and confront the legacy of a dead folk legend.

Ascend from your shelter. Ruin everything. Escape the wretched island.

Meet the acting cast behind some familiar - and some new - characters from the world of Horizon Forbidden West.

Like all good, online retailers with nothing to hide, CEO Joseph Jüngle gives players a once in a lifetime opportunity to tour the cutting edge, 650 million square foot, Jüngle Fulfilment Centre. Offering a sneak peek of the people, the technology, and the high-tech computer algorithms.

The walls have come down! The Survey Corps has enlisted in the war in the Pacific.

Redesigned gameplay engine, new controls, and all the features you can handle. Get ready to be ripped out of the stands and hit with complete control of the WWE Universe.

Now you can join Peppa & explore her colourful world on your next-generation console! My Friend Peppa Pig will be available on PlayStation 5, with a free upgrade for owners of the PlayStation 4 version.

Play as Nathan Drake and Chloe Frazer in their own standalone adventures as they are forced to confront their pasts and forge their own legacies. The UNCHARTED: Legacy of Thieves Collection includes the critically acclaimed single-player stories from both UNCHARTED 4: A Thief’s End and UNCHARTED: The Lost Legacy, remastered for the PS5 console.

The sinister Dr. Voo Doom has kidnapped the Princess of Ririland and incited a civil war! It's up to repairman extraordinaire, Jack and his boomerang hat to save her and restore peace! Jump through 20+ huge levels, collecting Crystals, Stars and more! Can you save Ririland?

Humanity is not alone in the universe. In the year 2049, mankind finally meets intelligent life: the Relayers. Around the same time, the discovery of an ancient alien civilization sets the wheels of fate in motion for the Starchildren, humans bestowed with unique powers.

Then in the year 2051, our story begins one fateful day when two young women cross paths in Artemis, a colony located on the surface of the Moon. Get ready for an intergalactic adventure where humans and ancient aliens meet, and our stellar neighbors come to life!

Get inside the mind of a GRID Legend. Ncuti Gatwa plays Valentin Manzi in GRID Legends' story mode: Driven to Glory. Also featured is the Tushek TS 900 Racer Pro, making its videogame debut in GRID Legends.

GRID Legends strikes a perfect balance of gritty, action-packed, wheel-to-wheel racing with an eclectic roster of faithfully recreated cars from the world of motorsport. Featuring cross-platform multiplayer, 130 global routes, and over a million event combinations with Race Creator - this is GRID Legends. 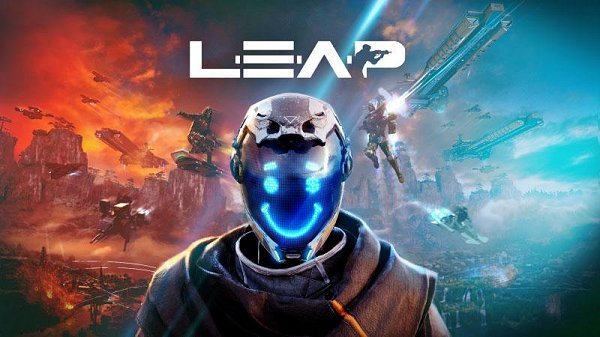 Member
Contributor
Verified
Nothing of interest to note here.