Play the authentic First World War shooters Verdun and Tannenberg for free this weekend on PS4 AND.. now also PS5!

The games are part of the WW1 Game Series - each featuring a different front of the World War One. Combat is intense, brutal and tactical, with four man squads using a wide variety of carefully recreated weapons, uniforms, maps and more. You can be part in one of the largest conflicts in human history, enlist now!

Ratchet & Clank’s first-ever Photo Mode provides a suite of photography tools to use in Ratchet & Clank: Rift Apart, all backed by the power of the PlayStation 5 console.

Tackle the Acropolis Rally, one of the historic events included in WRC 10. With winding and dusty mountain roads, sometimes on the edges of cliffs, the Acropolis Rally of Greece is famous for being particularly challenging for drivers. In 2021 it is celebrating its big return to the Championship after an eight-year absence.

Crisbell’s epic journey to save the very fabric of time starts July 20th! This beautiful opening cinematic will kick off your adventure in Cris Tales.

Cris Tales is a love letter to classic JRPGs created by Colombian developer Dreams Uncorporated where past, present and future are brought together on one screen.

Players can use Crisbell’s amazing ability to slip between time periods to both aid citizens across Crystallis’ kingdoms and perform surprise attacks on enemies.

If Crisbell wants to save her magical world from the evil that threatens it, she must make use of her power to shape the past, present and future while gathering allies that will help her in her quest.

Take a tour of the paradise island of Cordona in the Mediterranean and learn the tools at your disposal to blend in as you solve crimes in this open world detective thriller.

Sherlock Holmes Chapter One releases on PS5 and PS5 in 2021. Wishlist now!

This summer, join Even and Dicey as they embark on an unforgettable journey to break the curse of Random.

Ruled by a wicked Queen, the kingdom of Random is divided into six shadowy realms where all life is dictated by a cursed black dice.

In this gothic fairytale-inspired action adventure from the award-winning Swedish game studio Zoink, travel with Even, a penniless girl from One Town, as she attempts to rescue her sister, Odd, from the Queen’s evil decree.

With her companion Dicey, an ancient living dice, Even must learn to embrace the chaos of Random as she navigates dangerous battles, run-ins with questionable characters, and mysterious game arenas that shift with every dice throw.

HITMAN 3's next Elusive Target has arrived in Berlin! It's the Season of Sloth, but you'll need to act fast because the world's laziest building inspector will only be around for a limited time. Take on the ultimate Hitman challenge and make your shots count because there are no second chances.

THE SEQUEL TO THE AWARD-WINNING A PLAGUE TALE: INNOCENCE

Embark on an emotional and breathtaking journey. Follow Amicia and her brother Hugo on a perilous new quest, doing whatever it takes to survive a brutal, uncaring world.

A Plague Tale: Requiem will be released on PlayStation 5 in 2022.

Fire up Star-Lord’s jet boots for a wild ride across the cosmos in this third-person action-adventure game, a fresh take on Marvel’s Guardians of the Galaxy.

With the unpredictable Guardians at your side, blast your way from one explosive situation to another, with original and iconic Marvel characters caught in a struggle for the fate of the universe. You got this. Probably.

Made up of two distinct areas connected by bridges, the mix of long sightlines and tight, coverless overpasses make today’s Mountain map a fresh, deadly challenge for all would-be Outlaws. Watch the Mountain Map Update Trailer for a glimpse of the treacherous environment before sneaking into this brand new heist!

Rise from the ranks of F2 to the heights of F1 and immerse yourself in a combination of on and off tracks moments with our brand new story mode, Braking Point. Play cooperatively or competitively with a friend in two-player online career. Customise your experience with more options than ever for those new to the franchise and seasoned veterans.

Metro Exodus is out now for PlayStation 5 - immerse yourself in a beautiful post-apocalyptic story with fully ray traced lighting, 4K visuals, 60 FPS and Haptic Feedback support for the DualSense controller.

The update will be free for all existing owners of Metro Exodus, and alongside this the Metro Exodus Complete Edition will launch in a physical package for PlayStation 5, including both story expansions, The Two Colonels and Sam's Story.

Experience immersion, horror & story like never before on PlayStation 5.

Ratchet and Clank are back! Help them take on Dr. Nefarious and his new empire by battling hordes of robotic troopers in a cataclysmic expedition across dimensions. Witness the evolution of the dream team as they’re joined by Rivet – a Lombax resistance fighter from another dimension.

Enjoy a dazzling interdimensional adventure fueled by the mind-blowing speed and immersive features of the PlayStation 5 console. Built from the ground up by acclaimed studio Insomniac Games, you’ll go beyond what you see with in-game actions coming to life in your hands via the DualSense wireless controller.

Ela's got your six in Rainbow Six Extraction. Learn how she uses her Grzmot Mine to take on the Archean threat.

Astria Ascending, a J-RPG developed by Artisan Studios, will launch on September 30th on PlayStation 4 and PlayStation 5!

In the meantime, meet Ulan and her acolytes, the Fated Eight! Demi Gods, Ascend!

Your Party. Their Funeral. Play Today. Battle legendary monsters with your friends in an explosive action brawler set in the world of Dungeons & Dragons.

June is here in World of Warships: Legends, bringing along a triple dose of American battleships and a new line of German aircraft carriers. Check out their new trailer to learn more!

A Plague Tale: Innocence comes to PS5 on July 6! In this enhanced version of the game, enjoy 4K UHD native resolution, 60 FPS, 3D audio and other next-gen enhancements.

In A Plague Tale: Innocence, follow the grim tale of young Amicia and her little brother Hugo, in a heartrending journey through the darkest hours of history. Hunted by Inquisition soldiers and surrounded by unstoppable swarms of rats, Amicia and Hugo must come to know and trust each other. As they struggle to survive against overwhelming odds, they will fight to find purpose in this brutal, unforgiving world.

A Plague Tale: Innocence comes to PS5 on July 6. Owners of the PS4 version of the game can get the PS5 upgrade for free.

Install yourself within the Mainframe. As the V!rus, hacking is one of your way to progress, represented as puzzles and logic gates they are the keys to victory.

Gameday will never be the same. Experience the thrilling suspense of NFL football with Dynamic Gameday in Madden NFL 22. 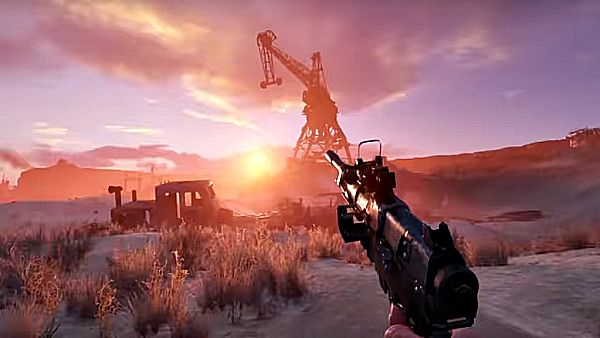