Watch as gunslinging badass anti-hero Grave decends upon "Scumland" in a rather a unorthodox way, respectfully introducing himself to a gang of local thugs and literally turning heads in the process.

Gungrave G.O.R.E is a stylish third-person action shooter by South-Korean Studio IGGYMOB, in which you take on the role of Grave, a gunslinger of resurrection and badass anti-hero of your dreams, mowing down tons of enemies in a gory ballet of bullets.

In Dolmen you will grow stronger with each battle! Check out the first official gameplay trailer and experience a rich combat system with various weapons and moves at your disposal.

Dolmen is a terrifying new action RPG that combines futuristic Sci-Fi and Cosmic Horror elements. Dolmen casts players onto a hostile alien world known as Revion Prime. Your job? Bring back samples of a crystal with particularly unique properties; the so-called "Dolmen".

These crystals are capable of allowing interaction between realities, revolutionizing space exploration and changing the known world forever.

Get an early look at the prototype of Shadow of Conspiracy - Section 2, a cinematic third and first person action role-playing game developed by a small Indie team in Germany.

In this deep, cinematic detective thriller, set in a dark, future version of Berlin in the year 2087, the players’ mind, body and soul will be put to the test as they deal with themes like guilt, love, friendship, sacrifice and betrayal.

The narrative-driven cyberpunk game is being developed by Elysium Game Studio in Unreal Engine 5 and is coming to PlayStation 5.

The unbreakable bond of sisterhood that Briar and Lute share will allow them to reclaim the city of Ilden.

The sleek, fantasy-inspired world of Soulstice will transport players to places filled with danger and beauty. Thanks to a deep combat system with ruthless combos, multiple weapons and myriad customization options, Briar and Lute will have an endless array of methods to take down enemies as they explore Ilden, facing new threats around every corner.

Play as a giant monster and wreak havoc on humanity in this retro city smash ‘em up! Punch buildings, slap helicopters, eat humans, kick cars – enjoy multiple ways to cause carnage! Satisfying arcade action and mindless destruction for up to 4-players!

Get ready for Alaskan Truck Simulator on PlayStation! In 2022, your favorite console will transport you into the beautiful Alaskan wilderness. Drive, avoid natural roadblocks, and step out of the vehicle to prepare for long, demanding journeys. See you in Alaska!

Reach beyond the limits of our reality. To a place that reflects the darkness of our world like a black mirror. Where human souls get lost and terrifying entities lurk to prey on them. Listen to the voices, find the truth about yourself, and untangle a dark mystery that only a medium can solve.

Pre-Order now for PlayStation 5 and enhanced with immersive DualSense features.

A first-of-its-kind "sky city builder,” Airborne Kingdom finds players in control of their own civilization in the clouds – at first a small propeller-borne platform that will grow in population and scale into a vast, bustling kingdom.

Gathering resources, exploring the sprawling landscapes below, and maintaining literal and figurative balance as the city expands in every direction, players will gradually ally themselves with kingdoms on the ground, collaborating to kickstart a long-lost global exchange of resources, ideas, and hope.

World of Warships: Legends rolls into autumn at full speed, with Transformers collaboration and five of the new Russian ships. Check out their new trailer to find out more!

A first look all of the exciting gameplay enhancements and new features coming your way with NBA 2K22.

Set off on a delightful expedition and use your photographic eye to uncover the mysteries of the magical TOEM in this hand-drawn adventure game coming September 17th on PlayStation 5.

Let the madness begin! Unleash the medieval chaos and set...well everything... on fire! Buy it now: rustlergame.com

Rustler is an open-world sandbox set against a medieval backdrop. You will play as Guy, a ruffian whose parents were too lazy to give him a proper name. Scam your way into the Grand Tournament and compete to win the princess’s hand and all of the riches that go along with it!

Reality show host turned conspiracy theorist Trip Westhaven teams up with the titular Maneater Shark to get to the bottom of a frightening mystery in Maneater: Truth Quest. Out now on PS5 and PS4.

From the stunning visuals in the 60s-inspired environments of Blackreef to the unique feel of every weapon with the DualSense controller’s adaptive triggers, DEATHLOOP uses the next-gen features of the PlayStation 5 to immerse players in Colt’s neverending quest to break the timeloop.

Experience the ultimate struggle between two rival assassins with haptic feedback and immersive audio from the controller speaker that places you in the center of the action. If at first you don’t succeed, the PS5 console’s ultra-high speed SSD gets you back in the fight for freedom with quick loading times.

Travel 2,000 years into the past and relive the final days of a cursed Roman city, where if one person sins, everyone dies.

The Forgotten City released on PS4 & PS5 on July 28th.

HITMAN 3's Season of Gluttony has started and brings Act 5 of the Seven Deadly Sins to the menu. This season brings a new delicious HITMAN 3 Elusive Target, and a returning favorite in Bangkok. Get ready for dinner. Bon Appetit!

For the first time ever, the legendary Frostbite engine comes to EA SPORTS NHL 22, bringing massive visual upgrades to both current and next generation console games alike.

From overhauled player likenesses to all new eye animations that track and react to the action around them, the superstars of the NHL have never felt more alive.

Superstar X-Factors allow you to unleash unique player abilities that make stars feel like stars where their time on the ice is more influential than ever.

Reserved for only the more elite players in the league, Superstar X-Factor abilities separate the best from the rest, and make superstars feel like their real life counterparts. NHL 22 officially launches worldwide October 15th.

The adorable Hello Kitty is rolling into the world of Super Monkey Ball Banana Mania!

As Hello Kitty says, "You can never have too many friends!"

Time to embrace your WILD SIDE

The Wild Spirits Content Pack for DIRT 5 is out now on PS4 and PS5! The new pack is available as part of DIRT 5 Amplified/Year One Edition, or purchasable separately from the PlayStation Store.

Headlining this pack is the hotly-anticipated Ford Bronco 2021 Wildtrak - the perfect off-road machine for DIRT 5's extreme global routes. Joining the Bronco is the monstrous Prodrive Hunter, along with another 25 Career events, two new Player Sponsors, customisation items, and more.

Alveole is a minimalistic puzzle where the player must understand how to run and why does he do it?

PROJECT MAGNUM is a PC/console-based game that combines RPG play with third-person shooter combat. It presents beautiful visuals and attractive and unique characters based in a sci-fi style player vs. environment worldview. It also provides exciting battles using various skills, actions, and guns, as well as the fun of highquality PvE shooter battles that target huge bosses.

Project Magnum will be available in most major markets worldwide. More information on the release schedule of PROJECT MAGNUM will be announced at a later date.

"The hunter named Aloy had many identities in her original world..."
Oh, it would be too boring if I started the story like that~! After all, I'm not a rigid old man, am I?

Leave it to me to study this nimble girl from another world!

Get a complete look at the new sword-swinging outlaw, the gameplay reworks, and cosmetics in the Season 1 Trailer!

Out today! Kitaria Fables is an action Adventure fused with RPG and Farming elements. Armed with sword, bow and spellbook, fight against a rising darkness threatening the world.

Plunder dungeons in search of relics and resources, tend to your farm to make provisions and potions, and take on quests solo, or with a friend!

Coming to PlayStation 5 and PlayStation 4 consoles February 18, 2022. RISE ABOVE OUR RUIN. Join Aloy as she braves the Forbidden West, a deadly frontier that conceals mysterious new threats.


Ghost of Tsushima Legends Prove Yourself in Rivals PS5 Trailer

Build your own dream team in NBA 2K22 MyTEAM. Showcase your skills with the NBA's greatest and earn rewards each season.

Valiant, cunning, mighty, and always ready to brawl! That's right – Transformers arrive in World of Warships: Legends for the second time. Watch the video to decide which side to pick!

Get your first glimpse into the gameplay of Marvel's Midnight Suns.

Heads are definitely about to roll! Marvel’s Midnight Suns is a new tactical RPG set in the darker side of the Marvel Universe, putting you face-to-face against demonic forces of the underworld as you team up with and live among the Midnight Suns, Earth's last line of defense. Marvel's Midnight Suns arrives March 2022.

From an all-star mixtape of licensed '80s tracks to an original rock album by Star-Lord the band, learn all about the music in Marvel's Guardians of the Galaxy. Let's flarkin' rock!


The Medium Out Now PS5 Trailer

Discover a dark mystery only a medium can solve. Travel to an abandoned communist resort and use your unique psychic abilities to uncover its deeply disturbing secrets, solve dual-reality puzzles, survive encounters with sinister spirits, and explore two realities at the same time.

The Medium on PlayStation 5 with a full DualSense support is OUT NOW.

When an unfamiliar enemy awakens to threaten Tenochtitlan, Achtli must master the hidden powers in Lightkeeper, a lost artifact from a time long forgotten.

Wield the forces of nature. Become the Druid in Diablo II: Resurrected. Available September 23rd on PS4 and PS5. 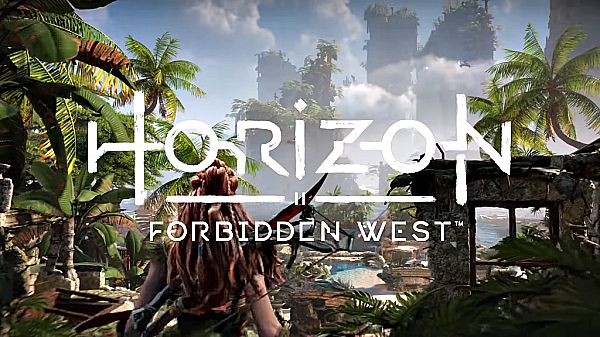