PS5 Launch – New Worlds To Explore – Play Has No Limits

Unleash new gaming possibilities that you never anticipated with PlayStation 5. PLAY HAS NO LIMITS.

You’ve escaped the demons in Little Hope, but now something sinister lies deep underground. Descend into the underworld in The Dark Pictures: House of Ashes, coming in 2021.

Dead by Daylight is coming soon on PlayStation 5. Enter the Fog on the new generation of consoles and run for your life as a Survivor or play as iconic horror characters and take on the role of the Killer.

With Cross-Play, take on the Trials together and play with friends on any PC & console platforms. Dead by Daylight is an asymmetrical multiplayer horror game where one player takes on the role of a brutal Killer and the other four play as Survivors.

Mayhem is going next level on PlayStation 5! Plus existing owners get next-gen upgrades within the same console family at no additional cost!

Players who own or purchase both a digital copy of the game and a next-gen console will be able to download the upgrade within the same console family for free. Players that own a physical disc of Borderlands 3 will need the standard PlayStation 5 console models that include a disc drive to take advantage of this feature.

Michael B. Jordan shares his first gaming experience on PlayStation 5.

Planet Coaster: Console Edition is out now on PlayStation 4! It will release on PlayStation 5 alongside the launch of the console from November 12th, 2020. Buy now: console.planetcoaster.com

Become Eivor, a fierce Viking warrior from Norway, and embark on the greatest journey. Settle with your clan in the rich lands of England and give your people hope and a reason to fight for. Meet the hidden ones and uncover the mysteries of this new saga... Between wars and secrets, will you claim your place in Valhalla? Assassin's Creed Valhalla is now available on PlayStation 4. Available on November 12th, 2020 on PS5.

Check out the the critically acclaimed and ASTROnomically good ASTRO's PLAYROOM!

Embark on a adventure with your eagle to a mystical island and dispel a curse of darkness that grips the world in The Pathless, available now for PS5 and PS4.

Atelier Ryza 2: Lost Legends & the Secret Fairy will be released in North America on January 26, 2021, for PS4 & Digitally on PS5. Pre-order Now: KoeiTecmoAmerica.com

As Ryza and friends embark on their journey, they encounter enemies and monsters throughout the land, and madness and mayhem ensue. Parties now include 3 battle members and 1 sub-member, and all heroes will now be aided in the game's exhilarating real-time tactics battles thanks to the ability to build up Action Points and Core Charge.

As party members build up Action Points, characters will be able to unleash multiple Skills in a row via a Skill Chain. By using the Skill Chain ability, the power of all skills increases as well as the amount of Core Charge gained in each attack the function needed in order to also use items enabling you to unleash devastating attacks like throwing waves of bombs!

What will you play week one on PS5? 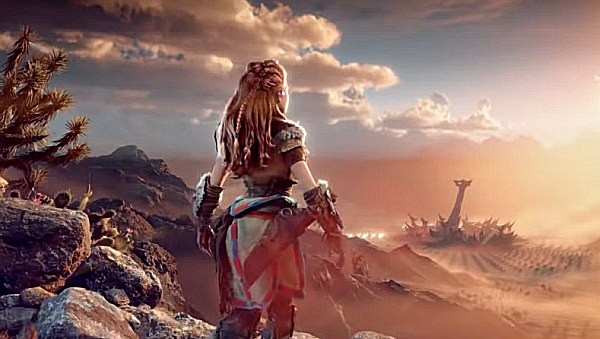