Deeper mysteries await at the dark heart of Returnal, available 4/30

Grab your putts and head to the green with your friends is our brand new Divot Derby multiplayer game mode for PGA TOUR 2K21. Up to 20 players compete in a slick, shoot-out style competition with single-elimination knockouts. Time is of the essence and the pressure is on, as players fight to the finish on every hole.

The much-anticipated co-op spy adventure is coming to PlayStation 4 and PlayStation 5 with cross play fully enabled. Whether you choose Agent or Hacker, you and a friend can join forces to complete missions across the globe. It takes two to tango!

A first look at Nour: Play With Your Food’s adaptive music system, allowing you to enchant your dishes with audio spells, heat things up with secret Note Combos, and cool them down by blowing into your DualSense's microphone. Being served up this Summer!

Where The Heart Leads is a narrative adventure game about family.

When husband and father Whit Anderson descends into a sinkhole to save the family dog, he unwittingly tumbles into a journey through time. Suddenly enveloped by visions of his past, present, and future, Whit discovers he can change them, altering the course of his life forever. Coming July 13, 2021.

Take a look at some fresh gameplay footage from Heavenly Bodies - the challenging, physics-based spatial puzzler coming to PS5 and PS4.

Wrangle the hands and arms of a weightless cosmonaut and clamber your way through a collection of precarious stellar scenarios where, without gravity, nothing is still, nothing is secure and nothing is ever simple.

Award winning Disco Elysium - The Final Cut is finally coming to PlayStation with Full English Voice-Over and additional quests on the 30th of March 2021. Get dressed detective.

Coming to PS5 on June 8, 2021! Neptunia ReVerse is an updated and enhanced version of the beloved RPG game Hyperdimension Neptunia Re;Birth1, originally released for the PlayStation Vita.

Fans of the Neptunia series and newcomers can enjoy the lush worlds of Gamindustri like never before with the PS5 and new gameplay additions, including a fishing mini-game!


In Rays of the Light - Launch PS5 Trailer

There is only you, the abandoned remains of a former life and the flourishing nature that feels great in the absence of man. This world is both gloomy and empty, but so incredibly beautiful.

“In rays of the Light” is an atmospheric author’s parable about our place in this world, life and death. Explore a mysterious territory filled with a variety of details that reveal the story.

Steal horses, rob peasants, and get up to other medieval shenanigans in Rustler when it releases on PlayStation 5 and PlayStation 4!

In Rustler you’ll play as anti-hero Guy, a brigand determined to win The Grand Tournament for its grand prize of the princess's hand in marriage, at all costs with the help of a tagalong ally Buddy.

Might you have to steal a horse or two, or maybe perform a murder here and there? Maybe so. You will certainly be blowing things up while walking away in slow motion all the time.

Necromunda: Hired Gun - the new, action-packed indie FPS is revealed with release date in an epic trailer and opens pre-orders!

Focus Home Interactive and StreumOn Studio are delighted to announce and debut the brand new thrilling, violent FPS: Necromunda: Hired Gun. The game is based on Games Workshop’s dystopian cityscape, Necromunda, set in the Warhammer 40,000 universe - where gangs battle for survival in a nightmare underhive.

Starting June 1st, hunt your targets, upgrade your guns and bionic augments, and cash in your bounties on PS4 and PS5, as you seek the truth across the endless hive city. Watch the reveal trailer now!

Pick your contracts. Hunt your targets. Collect the bounty.

Connect with SCARLETNEXUS when it launches June 25th, 2021. Watch the new Story Trailer to learn more about the anime.

Bow before the king. Black Panther and the War for Wakanda are coming to Marvel's Avengers along with Klaw, the Wakandan Jungle Biome, new enemies, and much more.

Introducing Forspoken, The New Narrative-Driven Adventure Set in a Beautiful Yet Cruel World.

Play as Frey Holland, a young woman who must harness her magical abilities to survive in a fantastical yet dangerous world of Athia.

Developed by Luminous Productions for the PlayStation 5 system, Forspoken will take players on a magical and perilous journey.

A bold new era of the award-winning Life is Strange begins, with an all-new playable lead character and a thrilling mystery to solve!

Alex Chen has long suppressed her 'curse': the supernatural ability to experience, absorb and manipulate the strong emotions of others, which she sees as blazing, colored auras.

When her brother dies in a so-called accident, Alex must embrace her volatile power to find the truth – and uncover the dark secrets buried by a small town

Wonderworld is waiting for a hero… or two. Leo and Emma are lead into Wonderworld by the mysterious Balan to help bring balance to the hearts of 12 others, as well as themselves.

Face your fears with the power of over 80 different costumes and join them on a journey to discover true happiness on March 26, 2021. Pre-order your copy today!

Cozy Grove is a slice-of-life game about camping on a haunted island! You are a Spirit Scout, exploring every day to find new hidden secrets and helping the spectral inhabitants of this small paradise. Each ghost you meet has their own needs, but it's not just the afterlife you have to worry about!

There are still-living locals of the island that have their own adventures they'd like you to go on, so pitch your tent and get to work. You'll cook, fish, and camp alongside some bear-y happy helpers to bring joy to this terrific tropical community. These helpers are, in fact, literal bears.

Cozy Grove is the newest game from Spry Fox, known for making Triple Town. Road Not Taken, and Alphabear!

Lost and alone after a terrible landslide, Yandi must find his way home in this old-school point and click adventure set deep in the Sumatran jungle! Will he make it out alive?

Retro-styled action platforming gets a modern upgrade with robust character creation and RPG progression. Choose one of three heroes, then customize with ten unique specializations to fit your play style.

This is adventuring done your way! Whether you prefer straightforward melee, ranged combat or spell-weaving, you’re free to tackle Hellbreachers’ deadly depths with different strategies every time.

Featuring 50 levels across 10 unique locations, Hellbreachers offers a wealth of content to explore. Combine that with fluid pixel art animation and challenging bosses to overcome, and this is a journey worth taking time and time again!

Hellbreachers launches this week for PS4 and PS5.

The mighty and ferocious Black King stomps his way into the arena as DLC #3 for Override 2: Super Mech League's ULTRAMAN Season Pass. Play now on PS5 and PS4! 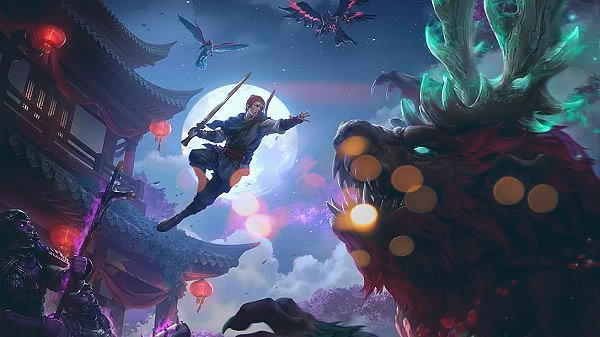 Member
Contributor
Verified
What a load of crap looking games!

Member
Contributor
Verified
Some of these games look interesting, Excited to see what's to come in the future!